Savannah, GA thrashy, doomy, and swampy metal trio Black Tusk have unveiled the artwork for their upcoming album, “Set The Dial.” John Dyer Baizley again returns to create the exceptionally intriguing artwork for the album. “Set The Dial” was recorded this past June in Seattle, WA with reputable mixmaster Jack Endino (High On Fire, Soundgarden, Bruce Dickinson). A demo version of “Ender of All” is online now at the band’s Facebook page. “Ender of All” is one of ten brand spanking new tracks from “Set The Dial.”

Black Tusk will celebrate the release in their hometown October 22nd at The Jinx in Savannah, GA. They will also perform at the 2011 Devilneck Festival in Athens, GA on October 21st.

“Set The Dial” will be released October 24th 2011 on Relapse Records.

Click here for a shot of the artwork and more show dates. 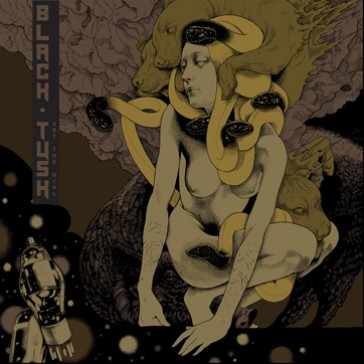