Blocking those who’d protect the kids? There’s no room for pedos and their enablers in music! 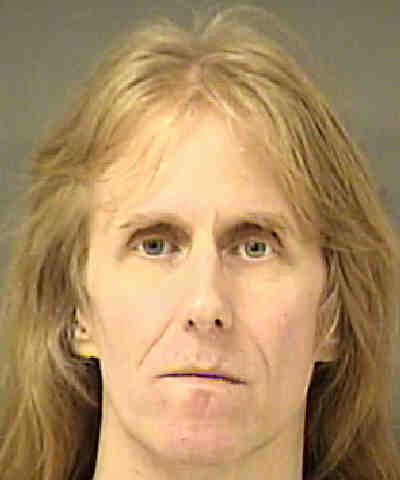 So awhile ago my girlfriend, psych folk and romantic literary melancholic punk folk artist Globelamp was banned from the streaming chat Live.Me (who she alleges still have several thousand dollars of hers) for talking about abuse she went through and asking her followers to stick up for her. She also had seen a guy on the app, which features a lot of younger people, named “Pedophile Jim”. She had pointed that out to her followers and Live.Me blocked them when they tweeted at the app to get pedophiles off the service. Obviously, that is disgusting of them to block people trying to make a popular site safe for young users. It also isn’t something she would mention without cause as her friend Arrington was accused by idiot pizzagate conspiracy theorists of being part of the alleged cult.

I was on the Metal Riot Twitter the other day and saw the Florida band Dramatica tweet that Manowar blocked them for critiquing the bands very dry, business minded response to the shockingly shitty revelations that Karl Logan had been arrested for kiddy porn. One of our staff writers has a Manowar tat. “Return of The Warlord” is one of my favorite songs of all time. THAT SAID, it is pretty disturbing that Manowar are blocking bands and critics who are disgusted by what Karl allegedly did. He was charged with six counts of third degree sexual exploitation of a minor and has apparently thankfully been dropped by the band. I am sure that is emotionally really a fucked up thing for the Manowar guys to go through, but it doesn’t help to block people who feel betrayed. They should be feeling lucky no one called for them to disband immediately like Seven Sisters Of Sleep.

This shit band who called themselves “kings of metal” being passive aggressive because we are disgusted by their pedophile guitar player. Blocked? Grow a pair and then go fuck yourselves… https://t.co/R1CKHzhYR6 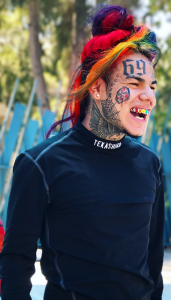 The other day rapper (I use that term loosely because the vast majority of new trap rappers are not real rap to me and are god awful) Takashi 69 got 4 years probation and 1,000 hours community service after using a minor in a filmed sex act.

How is this justice? Restorative Justice is important and real and valuable, but since this dude was 18 and I believe even lied about that at first and has had people like Nicki Minaj and Future and others help him massively instead of boosting feminists , it hardly seems like this is adequate. He has a very pampered life and needs to show some serious contrition, not just making more violent and sexist music. At the very least dude needs to throw some bills around to RAINN.

The Judicial System is a fucking joke. The fact that Tekashi 69 has such a lenient sentencing is ridiculous and shows the lack of morality in the country. You can now film underage girls doing sexual performances on grown men and get probation! Disgusting ?

#ImWithHer She was 13, he was 18. Never gunna bump this dudes shit, based on principle.

In what I find almost the most disturbing, People Magazine wrote an article a few days ago called I Love It! Saint and North West Hilariously Dress Up as Dad Kanye and Lil Pump for Halloween.

It is no secret that at this point I find the Kardashians and Kanye to be a huge cancerous boil on society, just super problematic constantly with zero genuine regret and completely fake people. The kids may have been dressed as characters from (originally) a game, but now most people who aren’t gamers also associate the imagery with a terrible song Kanye and Lil Pump did for PornHub. Personally I am glad my two year old Halloween memory isn’t of being dressed as something for a video from a song where dad was talking about loving to get “hoes”besides mom. It is fucking gross no one even thought this was wrong. That is some weird ass oedipal conflict or some other psychological problem in the making weird shit. The kids didn’t even have a say, likely. Does that mean they saw the video and heard the song? Do we have any boundaries now? I wouldn’t play kids “Fucked With A Knife” by Cannibal Corpse. Like Pepe The Frog will always be associated with Trump and Alt-Right racism now and “anti-globalist” anti-Semitism dog whistling, you can’t take larger cultural symbology away from situations and say “, but I want it to still be just a sun wheel.”

Did Roblox approve Kanye’s shitty catcalling video and not see a conceptual problem here of pairing the imagery that way?

How is this shit cute? It is arguably very easy for this to be used as low key signaling or worse, for outright creepos to ask kids if they saw Kanye’s “I Love It” video in poorly regulated chat spaces like Live.Me or elsewhere. Protect Kids and don’t let any of this type of shit slide in entertainment. Corey Feldman might be a mess but he was obviously messed up by something. I feel bad for that dude, for real.

Saint West & Reign Disick Dress Up As Kanye & Lil Pump From Their ‘I Love It’ Video – attached are the lyrics. pic.twitter.com/FM6G9Sl5xb

Someone thought it was racist to consider this a problem.

Imagine getting triggered over a tweet because it destroys your argument. Maybe instead of hating on successful black men and their kid for dressing how they want for a holiday you should get a new hobby ?‍♀️ Man i'd hate to be your kid. n o f u n a l l o w e d

Well, guess what? It would be problematic if James Woods or any white celebrity (and fyi Kim is not black) dressed their kids up as characters from a music video with lyrics like that as well. I am not even a fan of babies wearing friggin’ Slayer onesies at this point in my life, ok? Is that conservative of me? I don’t think so. I think if a kid can’t make an educated choice of what the meaning is of imagery on a cultural level (especially stuff associated with sexual content) or violent content or a pentagram or something it shouldn’t be on them. And by the way, no big surprise but when my trans friend Maya and when Globelamp and others were posting about this in disgust on Kim Kardashian’s Instagram, comments were being protectively deleted left and right. Disgusting! Stop hiding from honest concern, whether you are Manowar or Kim Kardashian or anyone. It makes our world less safe for the young. Brains over business. It is common sense this is a problem.