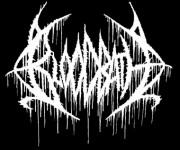 Swedish Death Metal band Bloodbath announces “Bloodbath Over Bloodstock” which features Bloodbath live. The DVD was filmed in August 2010 at the famed Bloo0dstock festival which is one of the UK’s leading metal events. This DVD offers a pummelling set of ferocious brutality featuring many classics and fan favorites from the band’s entire discography in a never ending death metal attack, including songs from the highly-acclaimed, “The Fathomless Mastery” which was released in August of 2008 through Peaceville Records. The DVD is said to be released on April 25th, 2011.