Book Review: The Book Of Opeth (A nuanced victory for metal heroes) 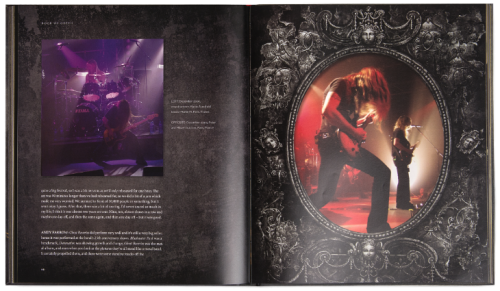 It is hard deciding if the best approach to reviewing such an exhaustive and important milestone  for Opeth as The Book Of Opeth, a super rewarding and fans in mind work of art (would you expect anything less?) from one of metal’s most revered bands, with a more exhaustive or impressionistic approach.

Aesthetically, it is as stunning visually as any of the band’s greatest achievements. The moody respect for the essential mystery of nature and the spirit and cerebral leaning craftsmanship with an emphasis on complexity has carried over, albeit instead of actual riffs we have the stories in the book which allow a hand swiped view through the foggy window of awe; a peak into the inner workings of a group who have earned every inch of respect over the past 25 years and change.

Much like the crucial Decibel anointed Choosing Death or Only Death Is Real from Bazillion Points, this Opeth doozy is fun while chock full of enough respect for sociology and the genre to warrant such an endeavor even if the band wasn’t as important as they ARE. You really get a sense of their development over the course of hundreds of killer photos, lush layout page detailing and fantastic reflections from members. Like Sean Yseult’s recent I’m In The Band or even, say, the massive Emperor 24 vinyl box set which the mere thought of makes me weep and shiver, this is a serious fucking beast of merchandise of the highest order and a celebration of accomplishment with a major sense of adventure and wonder for the entire business of it all. More than a labor of vanity or love, this says pay attention, this is about the collective work of amazing lives.

There is so much to mention, but I’ll do some random highlights. My hopes are to make you salivate to get this thing yourselves and tantalize but not spoil the experience. From Andy Farrow’s introduction:

“Here, for the first time you can read the story of Opeth from the very early days right up to late 2015, as told by the people who were there, and who really matter…”

From Mikael saying that as a Swede he grew up musically with “a little bit of everything” setting the course/tone of amazing accomplishments to come, to some really fun early rehearsal photos of Anders Nordin (rocking a Manowar shirt, hails!) and Peter Lindgren to so much more, it is all here. It’s funny how Peter says they got to know each other through girlfriends and cool that was acknowledged.

The juiciest stuff for die hard fans is reading about their evolution, especially knowing and anticipation leading up to the challenge of pulling off the celebrated and revered Damnation and Deliverance albums or reading the band’s revelations regarding Watershed and how it made them determined to never make flawed records again, if possible. So cool. The early more death metal leaning eras are also given equal respect, so don’t think the band is trying to just sell you on their proggier side. Everything gets consideration, even some band tensions on the Ghost Reveries tour, etc.

The warmth of the band’s genuine excitement playing the Royal Albert Hall, huge for a metal band, or reflecting on their appreciation for the goals they accomplished is epic. Can’t really recommend this enough to serious music fans of any stripes. Crack the book, throw on Heritage and learn something.

Here is to many more years of these visionary gents. 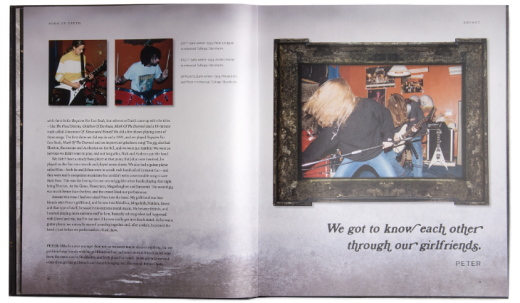