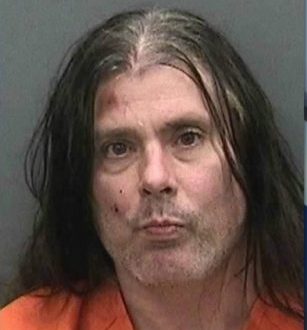 Good thing Patrick O’Brien wasn’t carrying skittles like Trayvon or he might have been in danger of being shot. Look, I love Alex – one of the absolute chilliest dudes in metal, and I feel very very bad for the rest of the Cannibal Corpse band right now. Right when they should be celebrating joining Slayer’s farewell tour some complete bullshit happens. I don’t know if it was a mental break or covering up some illegal shit in his burning home or Patrick was drunk or what, but initial reports say O’Brien’s house was burning down while meanwhile he was assaulting some lady and then hiding in a yard before charging cops with a knife. Florida does not look kindly on any of this but I can’t help but think of the utter hypocrisy of how this would have played out if O’Brien was black. I never want to hear another Trump bootlicking right wing metal edgelord say white privilege doesn’t exist ever again. Moronic.

I am wondering if dude had some illegal weapons in his house and bugged out and got mega paranoid and tried to hide nearby? Seems like a full blown panic attack and certainly doesn’t make a lick of sense.

Anyway, Cannibal are still obviously one of the best death metal bands of all time and are genre kings. What the fuck does anyone need to be doing wild ass antics like this for? Hopefully Patrick gets some help mentally because he has certainly ruined his life and is lucky to still be breathing. Damn shame. But why do cops not use tasers more often when someone is of a darker hue?