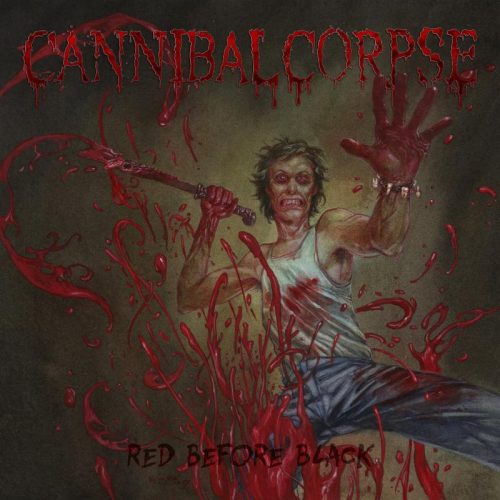 On November 3rd, kings of death metal Cannibal Corpse will release their 14th full-length, Red Before Black, via Metal Blade Records. This is their best album title in awhile. A Skeletal Domain was cool and all but the cover art was more haunting and didn’t really give the sense of mayhem as well as this cover. The title Red Before Black also just sounds like it is gonna be classic while having more imagination than, say, KILL. Hahaha.

For a first preview of Red Before Black, the band has launched a video for the single, “Code of the Slashers”. Directed by Zev Deans (www.panoramaprogramming.com – who created videos for Behemoth‘s “Messe Noire”, Ghost‘s “Square Hammer”, Portal‘s “Curtain”), “Code of the Slashers” can be viewed at: metalblade.com/cannibalcorpse