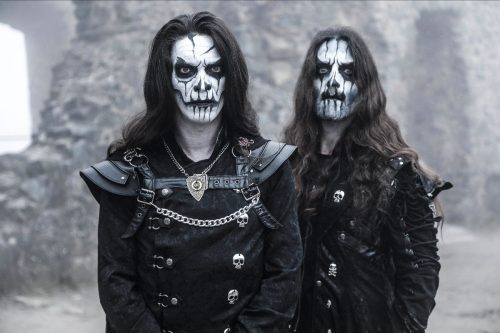 Symphonic metal horror masters CARACH ANGREN are proud to announce their collaboration with DC comics for the new series “Dark Nights: Death Metal.” The first episode is out now and features the band’s new song, “Skull with a Forked Tongue,” which is taken from their latest full length ‘Franckensteina Strataemontanus.‘ The episode can be seen at THIS LOCATION.

‘Franckensteina Strataemontanus‘ is out NOW and can be streamed, downloaded, and/or purchased HERE.