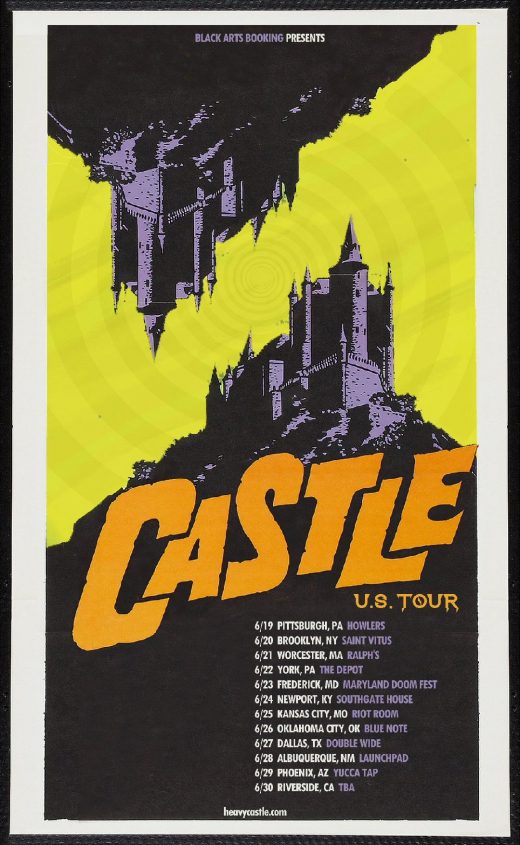 Heavy metal doom bringers CASTLE have announced a 12 date headlining trek across the US including a performance at this year’s Maryland Doom Fest in Frederick, MD on June 23. The tour will kick off in Pittsburgh on June 19 before hitting select cities on the east coast and winding its way back to California where the band have just completed writing their new album. Scheduled to begin recording over the next month in Portland, OR with producer Billy Anderson (Sleep, Neurosis, Eyehategod), CASTLE‘s fifth full length is set for a September release.

Additionally, the band have announced several European shows upcoming in October and November, including a string of dates in Germany with The Skull as well as festival appearances at The Malta Doom Fest (Oct 19), Doom Over Vienna (Nov 10) and Dutch Doom Days (Nov 24). Expect more European dates to follow.

Watch a full set from the band, filmed at Saint Vitus Bar in Brooklyn, New York on the most recent US trek last September at THIS LOCATION.