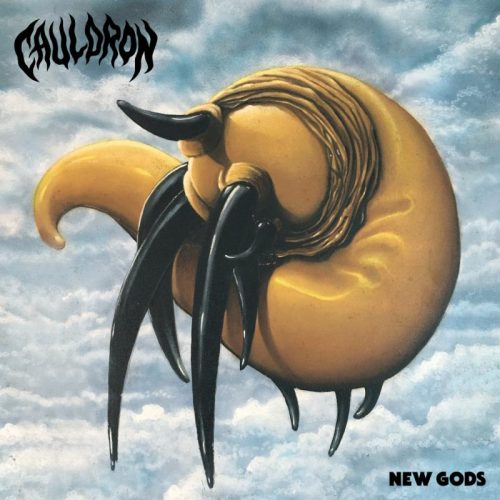 Canadian heavy metal trio CAULDRON will drop their New Gods full-length this Friday via The End Records in North America and Dissonance Productions in Europe. Crowned, “a classic heavy metal ripper,” by Metal Injection, the band’s fifth full-length and follow up to the acclaimed 2016 offering In Ruin was captured by Chris Stringer (Timber Timbre, Wooden Sky) at Union Sound in Toronto and again highlights the band’s now-signature strong emphasis on songwriting and melody, complete with high-end organic production to match.

Stream New Gods in full alongside an interview with frontman Jason Decay courtesy of New Noise Magazine, at THIS LOCATION.

CAULDRON’s New Gods will be available on CD, digital, and vinyl formats. For preorders go to THIS LOCATION.

In conjunction with the release of New Gods, CAULDRON will be playing a handful of US shows in with support provided by (the quite excellent) Barrow Wight this week. The band has also confirmed a special record release show in their hometown of Toronto, set for September 15th at Junction City Music Hall. See all confirmed dates below.