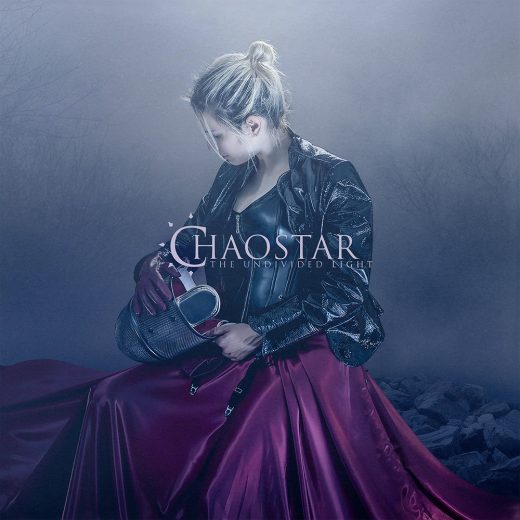 CHAOSTAR are streaming their stunning new album, ‘The Undivided Light’. On the new album, Athen’s CHAOSTAR deconstruct classic orchestration, traditional instrumentation, electronica, rock, Byzantine music and more into something truly fresh and exciting. Led by SEPTICFLESH guitarist and composer Christos Antoniou, and featuring the striking voice of Androniki Skoula, CHAOSTAR reshape time-honored musical convention into gorgeous compositions that are peerless. ‘The Undivided Light’ is a deeply dramatic and dynamic album of worldly music that is both rich and timeless. The ‘Undivided Light’ is streaming here now.

Regarding the new album, CHAOSTAR vocalist Androniki Skoula comments: “The human being as an individual and as a master of his own destiny appears again as the central core around which our forthcoming album, ‘The Undivided Light’ revolves. We have always been attracted to the investigation of the womb in which our secretive and most tiring battles take place. There is no blood there, no human casualties, no weapons, but only arsenals of strength and belief, waiting for us to prove that we deserve the feasts that life has provided us unconditionally. Silent soldiers confronting their lethal decisions, an ancient conspiracy in the subconscious, memories, and intentions merging into a crystal magic ball, a two-sided coin. Life and death, this price has to be paid. The light that leads cannot be divided, its flame sprung from the opened doors of knowledge and wandered in silent yards, confronting the eternal circle of yin and yang. Its flame asks from each of us to be remembered. Its flames demand to be protected and kept alive, either to light the way or to burn down. ‘The Undivided Light’ is an album that does not just ‘comment’ on someone’s ability to defend certain values, but it is mostly a statement of the band’s contributors that outlines the secretive ‘liaison’ between memory and conscience. The extent of conscience in our actions defends the real value of any kind of memory that we inherit towards others and also towards ourselves. In the end, the level of self-redemption does not only relate to our actions, but mostly to the pretext into which we include them. Remembrance has become a struggle, it is not an easy medal to gain, an undivided flame that burns on the soil of our soul. May we be remembered.”

‘The Undivided Light’ will be released this week worldwide on March 23rd. Pre-orders for the album are available at the Season of Mist E-Shop.