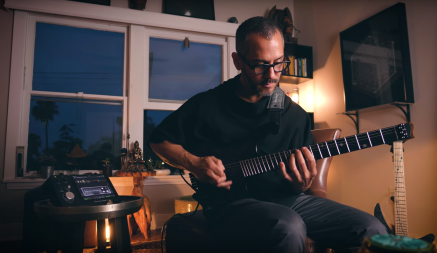 Regarding the track Paul Masvidal comments: “‘Evolutionary Sleeper’ was the acorn for all that became ‘Traced in Air’. Fans have been asking for a play-through of this song since it was released in 2008, and here it is! Thanks to Ivan and Positive Grid.”