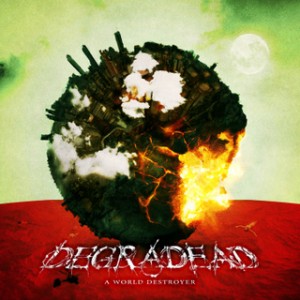 Swedish melodic death metallers Degradead have announced that they will be releasing their third studio album “A World Destroyer” on June 28th via Metalville Records.

You can stream 2 new song from the album called “Taste of Destiny” and “Human Nature” on the bands MySpace page. The band will also perform 2 shorter gigs at Iron Maidens after party at Club Jam in Göteborg Sweden July 1st 2011.