Does “Dad Vibes” by Limp Bizkit use a homophobic slur? 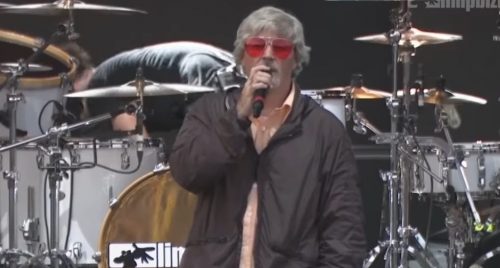 In the wake of the Matt Damon self-own and the All That Remains singer not getting why normalizing the F slur “in another context” is still harmful, it was concerning to hear the new Limp Bizkit song “Dad Vibes” kind of sound like it drops the F slur in the chorus. It is hard to make out.

Does Fred say ‘Sag’ or ‘FxG’ in the chorus? The infamous Nu Metal band’s set at Lollapalooza was fun and almost weirdly wholesome, the part with Durst in full Beastie Boys “Sabotage”-mode dancing with the sign language guy was frankly endearing. So I hope the new song played to the crowd over the PA didn’t blow all that up. And that Fred isn’t planning to smirk and say he meant a cigarette or some shit. We aren’t going back to the ’87 Cro-Mags bullshit.

It would especially piss me off as I was just defending Bizkit as John Scher’s unfair scapegoats for all the many problems of Woodstock ’99 in the new HBO documentary. Scher is a complete gaslighting shitbag throughout the doc (and I am a lifelong Woodstock kid who grew up there). Scher also victim blames women for their assaults as if nudity was, y’know, never a thing at Woodstocks. Fuck off.

But back to the present…Frankly, after DaBaby rightfully was dropped for horrible Aids comments, it would be pretty racist to let Limp play if they were gonna just play a song that uses the word ‘F+g’ in the fucking chorus to a huge crowd of adrenalized potential Delta carriers, but what do I know?

Other than that, the set was pretty off the hook and so I hope I am wrong. “My Generation” will always be a bop.