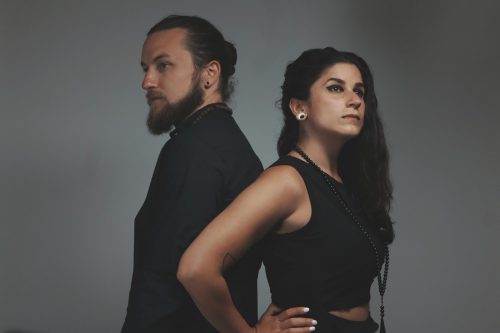 Continuing the long tradition of elevating the best metal bands to even greater heights, Metal Blade have officially signed ENTHEOS. The band’s new album and Metal Blade debut will arrive in 2022. Everyone is stoked for this era of the band as a formidable duo (with more touring guns hired live, I believe I recall).

Entheos members Navene Koperweis and Chaney Crabb comment: “We are incredibly excited to announce that we have signed with Metal Blade Records. Metal Blade is a pillar in the metal community and consistently releases music from many of the world’s greatest bands. We are proud to be associated with such a label and look forward to our future working together. Six years, two albums and many tours later, it is just the two of us, and we want to prove that the heart and soul of Entheos is not only far from gone, but that in this iteration, we can still deliver the best and most passionate release that we have created.”

Kudos to the band for not being deterred by change and forging their path ahead. Both members are very talented. Let’s gooooo!