“Every single thing that people have said about (Marilyn Manson) is fucking true,” says Wes Borland. 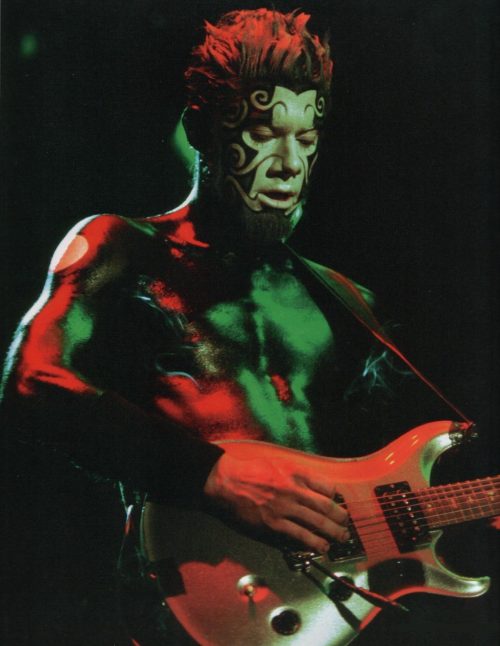 It is most definitely not about the he said, she said bullshit according to Wes Borland in regards to Marilyn Manson allegedly being a shitty, damaged and extremely toxic, unrepentant person. Head to Metalsucks HERE for a piece where Borland is quoted from Twitch saying that he believes all the women who have come forward. The list of allegations is horrific. Ashley Lindsey Morgan’s allegation (TW assault, racism) has particularly lingered in my head for how horrible it is to threaten someone Jewish with harm unless they purchase you fucking Nazi relics? Disgusting.

One other thing I want to mention that really bugs me and has had me arguing constantly with scumbag reply guys on posts around various online outlets about this topic is when they ignore saying something supportive to the people who have made a brave allegation and instead cheaply say ,“his music sucked anyway.”

That is not me defending someone’s art. It is pointing out that it is not the time and fucking place to focus shift and imply, intentionally or not, that is isn’t that big a deal because you thought an artist wasn’t fucking good. How about instead have more empathy for the harm that is being discussed and try and learn a thing or two as well (this also goes for the people mocking AOC for mentioning resurgent compounded traumas and PTSD) about the myriad of reasons why people stay silent. Instead you scum are contributing to them.