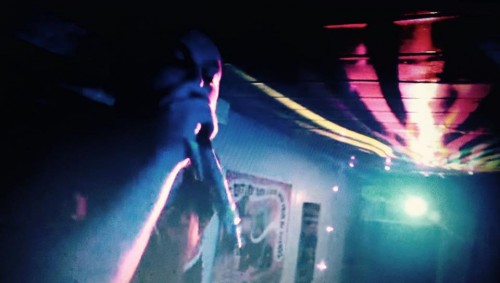 Septa from Ukraine are occasionally rough around the edges, but that is their personality as a band more than a flaw in their music. These dudes ought to be as widely regarded as your Whitechapels or Dillingers. They actually often kind of remind me of Minus meets Dolving era Haunted, which is really fucking kind of perfect. The band also sort of seem to have a Dolving-esque panache for blending genres and milking different styles of their coolest essence in a way most bands would screw up royally or never consider.

We’re stoked to premiere “Destroyer, Pt. 3” below. The footage shows a band who BRING it live. I feel like American bands are getting so fucking wimpy or like forgetting how Rock For Light and/or Reign In Blood will always be 1,000 times cooler and comet blazing than some dumb ass mallcore. Septa keep shit real!

Pleased to also announce Septa are going to be on our pending Halloween compilation, Metal Riot’s Creature Honeymoon. As long as I can get all the bands to get their crap to me on time we will have a cool ass comp. I really hope Castrator can do it (fingers and legs crossed). Confirmed so far we have Tiger Piss, Golden Torso (ex-Kylesa), Night Viper ( w Tom Sutton), my NY hard rock band GET OUT. , Geezer and more TBA plus mighty Septa.

Meanwhile, check out this new Septa live video BELOW.