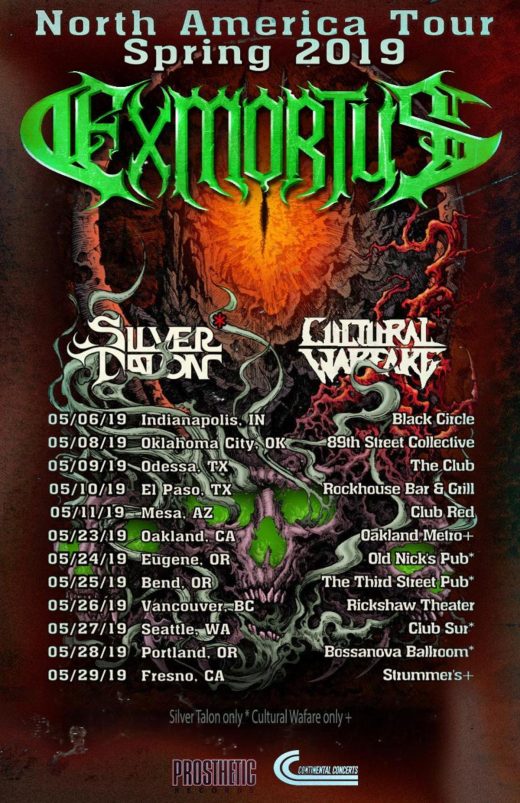 EXMORTUS have officially announced more tour dates in the wake of their upcoming trek with VENOM INC., and HOMEWRECKER! Immediately following their aforementioned run; EXMORTUS will continue crushing cities across North America headlining tour dates and making their extremely anticipated appearance at Modified Ghost Fest supporting Voivod and Exciter on May 26th in Vancouver, BC.

“After touring with Venom Inc. and Homewrecker we’re stoked to continue our trek across the US with some headlining shows home. Then later in the month we have some shows up and down the west coast around our appearance at Modified Ghost fest in Vancouver, including some with good friends and fellow shredders in Silver Talon and Cultural Warfare. See you on the road!” states Conan of EXMORTUS on the upcoming tours.