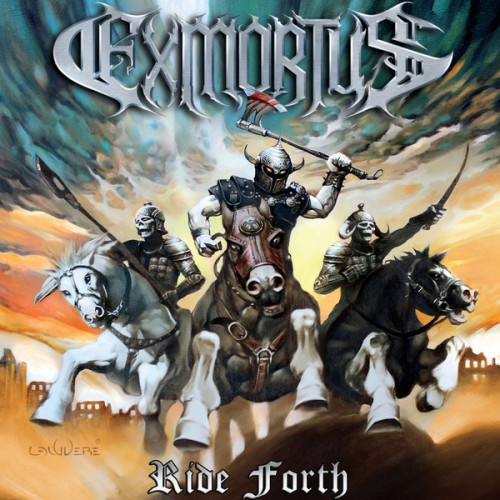 The Los Angeles-based, neoclassical metal-inspired extreme shred quartet EXMORTUS will further their claim that “metal is king” in early 2016 with their blistering new album, Ride Forth. The menacing cover for the new release – featuring oil-painted artwork by the legendary Philip Lawvere (Kreator, Celtic Frost), who previously contributed his epic artistry to the band’s critically-acclaimed 2014 label debut, Slave To The Sword – can be seen above.

“Ride Forth” was recorded earlier this year with producer Zack Ohren (Suffocation, Immolation) before the group hit the road alongside guitar legend Marty Friedman on his recent North American tour. More details about the new album will be revealed in the coming weeks.