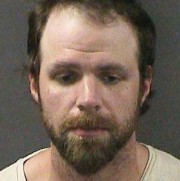 Space bassist for prog rock band Coheed and Cambria, Micheal Todd, has been indicted for allegedly robbing narcotics from a local pharmacy hours before a concert in Mansfield, Massachusetts.

According to reports, Todd was arrested for armed robbery on July 10 shortly before the band’s performance at the Comcast Center as the support act for Soundgarden. Todd allegedly walked into the Walgreens and threatened to blow up the store with what was apparently a fake bomb unless he was given OxyContin. Todd made off with six bottles of the pain pill before police tracked the cab he escaped in. He was arrested outside Comcast Center and officially charged with armed robbery and unlawful possession of prescription narcotics.