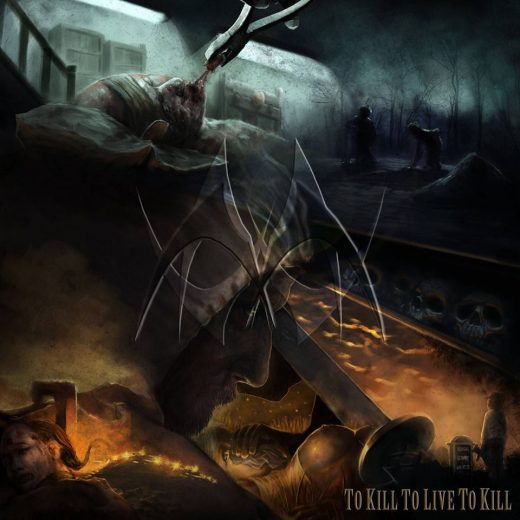 To Kill To Live To Kill – Official Manticora Cover. By David Troest

Feeling pretty impressed with the new Manticora “Echoes Of A Silent Scream” video. It doesn’t look super high budget but they did a good job and the music is technically skillful and just enraged enough. The video gives me recollections of Sin City‘s Kevin who Elijah Wood embodied so creepily. So yeah, add a samurai sword and this is not for the faint of heart.

August 3rd 2018 sees the release of Manticora’s To Kill To Live To Kill.  Recorded and mixed by Jacob Hansen (Volbeat, Destruction, Persefone etc.), the record gives me Nevermore vibes in a really good way. It is their first new album in 8 years and you can tell the group worked super hard on it, so don’t sleep! The songs are even tied into a graphic horror novel  was written by the lead singer, Lars F. Larsen, and the artwork resembles the stories of the novel. This is the first part of a concept double-album, that will be released as two separate albums, one year apart.

Manticora have released 7 critically acclaimed albums, since 1999, and toured numerous times around Europe as well as in the US + played at prestigious festivals, such as Wacken Open Air, Sweden Rock Festival, ProgPower USA, etc. 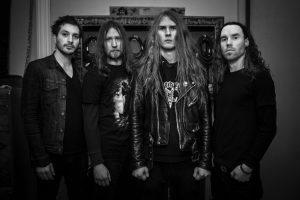 St. Louis’ thrashers Black Fast have released a third new single titled “Husk” exclusively via Revolver Magazine. “Husk was the last song to come together just as we started recording this album,” says the band. “It’s a little different from the rest of the songs and we knew right away it had to be the closer. Plus, it has a fucking slide solo.”

Check it out HERE. That solo is EPIC!!! It’s nice to see the band fighting their way forward.

The band will release Spectre of Ruin on Friday, July 13, 2018, via Entertainment One (eOne) and have once again worked with the mighty Erik Rutan (Hell Eternal, Agnostic Front, Morbid Angel). So far what I have heard is scorching and the vocals sound like a howling skeleton ripping up from the ground. This shit will def make people give them more respect for having a bit more longevity and adding a lot of impressive new material to their growing batch of already dope songs to pull from.