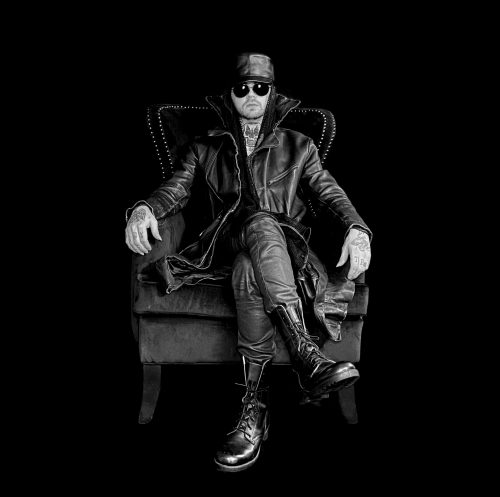 “I have recently been fixated on the subject of witchcraft and its effect on women throughout history,” explains Gost. “I myself practice rituals to help clear my mind and focus on my day to day endeavors. This curiosity into witchcraft’s history and my own traditions combined to inspire the new album.”

A key conceptual element is the inclusion of Dutch photographer Nona Limmen’s photograph on the album cover, as Gost explains: “I have been a fan of Nona Limmen’s work for some time now. The inspiration for the new album is much about witchcraft from the feminine perspective. For women, throughout history, witchcraft has been negative, empowering, poisonous, and beautiful. The moment I saw this photographer by Nona, I could not imagine using anything else to convey the album’s content as beautifully and powerfully as this image does.”

Gost has spent the past several years on the road, touring with a wide range of artists from his synthwave brethren like Perturbator and Carpenter Brut, to industrial artists like 3TEETH and Author & Punisher, as well as some of the biggest names in metal, like Mayhem and Power Trip. The mysterious producer cut his teeth playing in metal bands, eventually drifting towards electronic music, which combined with his fascination with the occult, John Carpenter and ‘80s slasher flicks, gave birth to his uniquely powerful sound. With haunting atmospherics and evocative aesthetics, Gost quickly developed a loyal following in both the electronic, rock and metal communities.

Rites of Love and Reverence