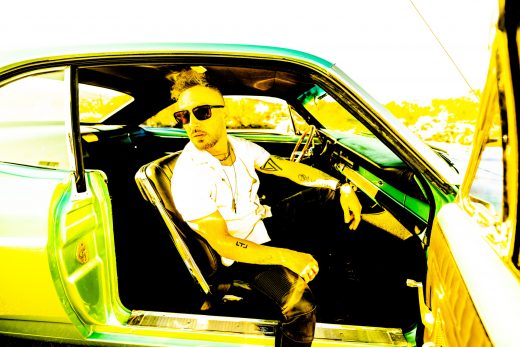 Jack of all trades vocalist Greg Puciato has released a transfixing, spacious and melodic taste of his sophomore solo album Mirrorcell, releasing this Summer on Federal Prisoner. Jim Louvau and Tony Aguilera directed the video for “Lowered”, which features the ex-Dillinger madcap frontman collaborating with Reba from Code Orange and is sure to spark a sense of wanderlust in the listener.

“When she came to the studio we had like…zero vocals for that song. I had been a little unusually stuck with that one lyrically and as far as vocal phrasings and melodies” Puciato explains. “Reba and I had such an explosion of musical and personal chemistry right away, and we ended up writing and recording all of the vocals in about six hours. It was one of the purest collaborations I’ve ever done, in terms of feeling, just really natural and explosive. She really blew me away overall. The combined energy was instant. That song turned into something really special because of that energy.”

Puciato once again recorded all guitars and bass for the collection, and continued his long-running relationship Producer Steve Evetts (The Dillinger Escape Plan, The Cure, Snapcase). Chris Hornbrook played drums on the nine-song album.