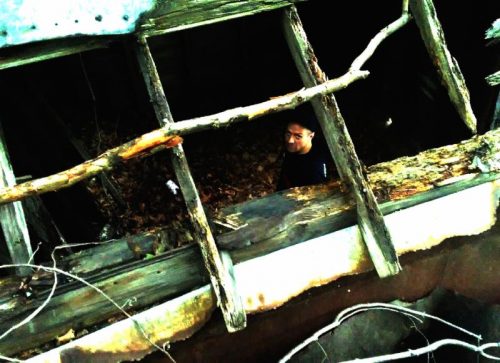 Strange world creator Gridfailure releases latest statement I Shall Not Survive Another Winter this coming Friday for the Autumnal Equinox! No Echo is now streaming the whole recording early alongside a short interview.

Each song on I Shall Not Survive Another Winter grows longer than the one preceding it, the record further exploring full-on post-apocalyptic dementia; a vision of Post-Sixth Mass-Extinction Skullduggery which is the concept of the upcoming Teeth Collection and Drought Stick albums and several surrounding mini-releases portraying a grim vision of humanity’s future. A nearby reality where those who have survived mankind’s override by artificial intelligence, the ecological rebellion of our planet, and thermonuclear warfare amidst our own kind strive to rebuild society, and are continually thwarted. Thriving only amidst the gutters and back-alleys of a scorched culture,GRIDFAILURE’s sound reflects this impending cross-contamination of horrors.