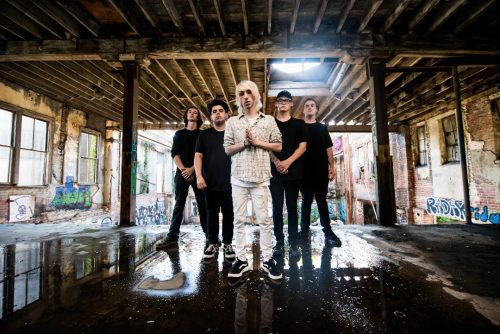 Misgiving want you to know they are going to squash any…misgivings.

Happy New Year, lovelies. New Year’s Eve was crazy. I am a bouncer at a bar and it was a very messy party. I have a terrible sniffle today from germs from shaking too many people’s hands and handling money all night charging a cover to get in and dance to a new wave dj. Chugging Vitamin C and praying while simultaneously tweeting about how the Lords Of Chaos movie is gonna suck today. Was just also listening to “Bleeding Mascara” by Atreyu and feeling old af, lol. Let’s get to some of our first stories of the year. 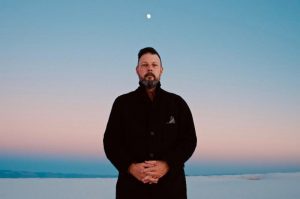 Ex-Melvins/Clown Alley bassist Mark Deutrom is the man. He played on my favorite heavy album of all time, Stoner Witch. Used to love seeing the dude live. Mark has a new effort coming out called Blue Bird via Season of Mist and we want y’all to support. Trippy, well composed stuff.

Deutrom offers with the release the album, “A thread of sentimentality represented by the blue bird runs from the late 19th century, through the 20th, vanishing behind the fog of digital ascendancy in the 21st… or maybe it’s just over the hill.”

Tyler from upcoming Metalcore band Misgiving stops by today! The band have a new video out called “Absolution” and it shows a lot of passion. We wanted to help the band boost it and give them some New Year’s shine.
“This video is for our song ‘Absolution’, which is our first single off our upcoming EP, ‘Resolve’, which comes out February 22nd.
The song is about facing yourself and the mistakes you’ve made, and then being able to bestow forgiveness upon yourself for those wrongdoings. I believe that it’s so much easier to forgive others than it is to forgive yourself seeing as you are your own worst critic.
The video was directed by Alex Heider. He’s a local videographer who does amazing work, and we were super happy with his professionalism and more importantly, his pricing, haha. We’re all pretty young dudes,  but we want this to be as serious as possible, so we didn’t cut any corners, but we also have a budget still, you know?
The song was produced by Jeremy Anderson of the Richmond Metalcore band, RVNT. He’s an amazing producer, a great friend, and his band also slaps, so you should check them out as well.
All in all, we really hope you enjoy the video. Make sure if you like the song to go save it on Spotify, or Apple Music, and throw it into one of your daily playlists to get ready for the EP release!” – Tyler
Check it out HERE. 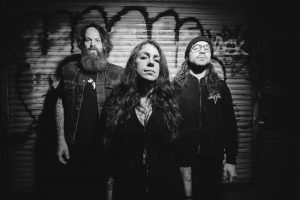 Maryland-based psychedelic doom trio YATRA (ex-Blood Raven) prepares for the release of their debut album, Death Ritual, through Grimoire Records this Friday. Advancing its release, New Noise Magazine is now streaming the entire record. The full length debut from the band is rightfully anticipated. Fans of Electric Wizard, Cough, Yob, and Sleep will find plenty to enjoy in Death Ritual.

Dana Helmuth of Yatra offers, “We are humbled to present this first offering of YATRA, Death Ritual, and look forward to hearing about the journey that it takes you on.”

Death Ritual was recorded, mixed, and mastered by Grimoire Records’ Noel Mueller in August of 2018. The artwork features three mixed-media pieces by Aki Pitkänen, layout by Mueller, and the hand-drawn logotype by Helmuth. 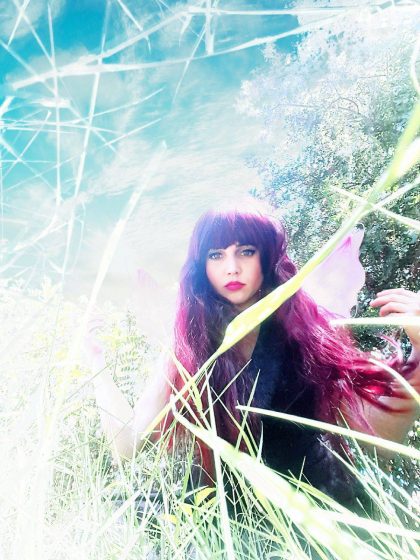 Lastly today, psych folk, folk punk and experimental musician Globelamp has started a very personal GoFundMe to raise legal funds to help her fight back against an alleged abuser, her ex bandmate and ex-partner in the indie band Foxygen. Read her concise statement on the subject along with her fundraiser HERE. She moved to the other side of the country to be as far away in USA as possible and strongly contests her ex bandmate’s claims.
Disclaimer. Globelamp is also my partner now and whether you choose to believe her or support or not, she has a right to say her version of events and to ask for help. She also has done several avant-garde and post-punk / metal cameos this year which will see release as the year progresses and be an interesting shift for fans, though people who love her folk styles can also stream Romantic Cancer via Nefarious Industries (Bangladeafy, Gridfailure). Fans of moody psych folk and bittersweet love songs will dig it.