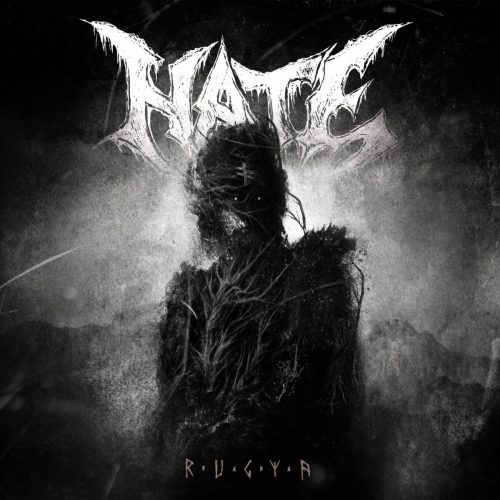 On October 15th, Hate will release their new album, Rugia, via Metal Blade Records. For a first preview of the record, the title track can now be heard at: metalblade.com/hate .

“It was clear to me that it should build upon and evolve from our previous record, ‘Auric Gates Of Veles’ (2019), both musically and lyrically. However, every Hate record stands as a separate journey, and never twice to the same place. You never know exactly where it will lead you,” states vocalist/guitarist ATF Sinner, who has led the band since 1991. Hate also have a new drummer Nar-Sil (Neolith, Virgin Snatch, Embrional), who sounds decidedly hungry on the ominous new single. “Working with a new drummer this time around was a fascinating experience for me. Nar-Sil’s technique and presence are quite different from Pavulon’s, and that definitely comes across. I believe we managed to construct a refreshing new chapter to our discography, composing nine truly sinister onslaughts of pure rage.”