If We’re Fucked Up, You’re To Blame: Hether Fortune, In Mourning, Gridfailure news and rants 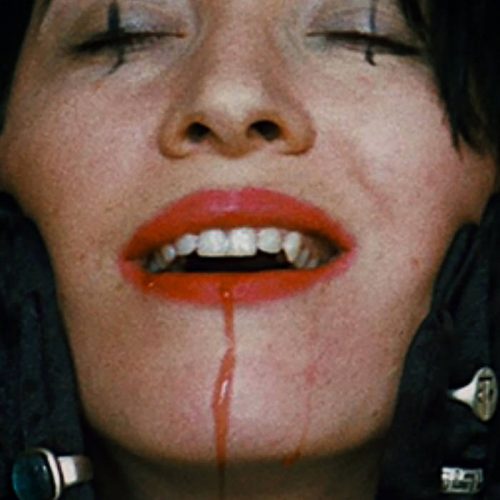 Rainy day check-in and some music recommendations for you today here at Metal Riot.

I am doing ok. My mother, as I wrote a day or so back, has coronavirus along with 70 other patients at her elder care/dementia facility. For now she is stable and things are going as smooth as can be hoped under awful circumstances. Trying not to lose my mind about it still and breathe through it.

As of May 1st I will also be celebrating 4 months sober from booze, no weed and cigs completely after a hard struggle and depressed 2019. During a pandemic, I feel like I am proud of myself for not guzzling red wine every day and divebombing into a serious spiral. Thank you to those who have encouraged me. Love and horns to you all. Count your blessings.

Last night I was watching Chloe Mendel’s IG live, which was cool. She is creative director for faux fur brand Maisonatia and was doing a fundraiser for Paws Chicago. She is also incidentally (we are a rock site, lol) Billy Corgan’s partner and Chloe was telling stories about how she was getting creative with Tie Dye techniques on some unsold Pumpkins tour merch to make them look more vintage. It was interesting! Props to anyone staying creative or positive during this time and also using their platform to remind that animals need help right now too.

I actually recently bought my gf Elizabeth/Globelamp the chord book for the Adore album-the gothiest SP record- which arrived just before we took a drive to see the Tibetan prayer flags near the KTD Monastery above Woodstock, NY (as we do every few years). Yes, we wore masks and stayed far away from people. It was very spiritually replenishing.

Elizabeth and I have been arguing with a lot of mindless Swifties during the pandemic who are covering for Taylor Swift. Swift made anti-Semitic public statements against Soros as “greedy”. My gf used to be a Swiftie but the second she critiqued Taylor for anything she was mocked mercilessly out of the fandom and trolled for trying to get solidarity against her well connected indie scene abuser’s DARVO tactics. She also is hated by them because she recently wrote a Medium piece about how Taylor Swift is a hypocrite for pretending to be “woke” while she spent years ignoring Trump- so she could keep making money off her conservative fans, let’s get real- only to make a huge fuss (and an awful documentary centering her privileged perspective) on how hard it was to come out as a moderate Democrat. Since then Swift has played Amazon prime day during a worker’s strike and while Amazon supports ICE and also played China for Xi while there are millions in Muslim re-education camps. Taylor could have pulled a Bjork and shouted ‘Tibet!’ but instead she just made money and ignored the suffering and capitalistic rubber stamp she gave to Alibaba Singles Day. Her fans have even trolled us and said no Uighur’s have been harmed in China and Globelamp is just “jealous”. Um, calling a female musician the “jealous” trope when they critique your pop fave you stan isn’t aligned with the espoused theme of “The Man”.

Seriously, why can privileged known shitbag Sam France start a label called “Fascist Records” and pretend it is about the unfair music industry (you’re wealthy and from Calabasas, stfu…you’re not Prince) or Swift can dogwhistle about Soros from her zillion houses during the Covid-19 outbreak and the music media thinks it is chill?

I wish humans learned from the past. I am reading the awesome Nico: The Life & Lies Of An Icon by Richard Witts and there is a haunting passage where she (someone deeply scarred by the war since childhood) suggests that post-WW2 ,“It is a pity they rebuilt Berlin. They should have left it empty. It would make a marvelous museum now. The National Museum of Destruction.”

This shit is not a joke for scene points.

It seems we are more divided in the world than ever, heedless of environmental issues and corporate cronyism/blind spots, etc. In America we have the DNC gaslighting for Biden and misleading about NY Times’ Tara Reade conclusions with the gross playbook Lisa Bloom established to try and once save Weinstein’s hideous ass being now weaponized against anyone from Rose Twitter or elsewhere who thinks regardless of party accusations can’t be erased by Voltron-formations of politicians saying ,”He’s a good guy.” I can relate to Rose McGowan feeling alienated by it. I never thought I’d see Gillibrand and Warren (naïve as I was) run cover for Biden. It’s gross and more proof they should have not impeded Bernie. It has alienated so many people, even folks who were Blue No Matter Who before like myself out of a desire to get rid of Trump (yes, I wanted Bernie or Warren to win and then hoped things could be improved if it “had to be” a centrist). But FUCK this Tara Reade silencing, gaslighting DNC crap.

There must be a reckoning and push for restorative justice and a higher bar set than using the Kavanaugh approach (from the LEFT!) – or Anita Dunn compromising Times Up via PR for Biden. GROSS! Wack!

You can’t pretend no victim’s story doesn’t shift slightly at times as they work up the nerve over time to confront powerful figures. It’s textbook. Survival doesn’t fit neatly into your party lines.

We really do need a revolution in this country and a much better social safety net, along with a total mental restructuring around empathy over dollars and power.

Anyhow, thanks for letting me rant. We’re all in this human mess together and this is my only current platform besides music (I lost 5 jobs including my 8 year newspaper gig shuttering due to the virus). Gotta vent somewhere! XO, y’all. 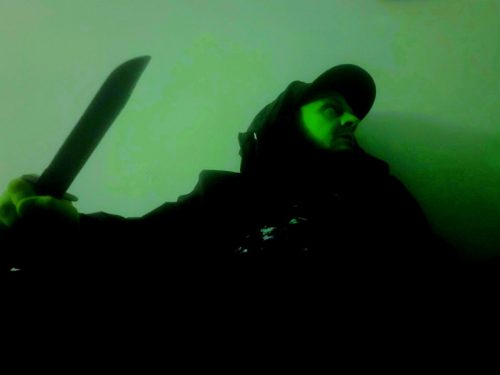 Sixth Mass-Extinction Skulduggery II is on the way.

My friend and sometime noise collaborator Dave Brenner aka GRIDFAILURE has announced Sixth Mass-Extinction Skulduggery II. The second album in the five-title concept series will see its initial release on June 5th via Nefarious Industries. It is going to be seismic.  Pre Order HERE and check out “No Defensive Wounds To Be Found”.

HETHER FORTUNE is one of my favorite artists and people. She’s even one of the last real punks, I’d even go so far as to say. Hether has a new demo and rarities collection out this week. Buy it on Friday when Bandcamp gives 100% to the artists during this fucked time.

The release is called Whenever I’m In Doubt About Things I Do I Listen to the High Street Wailing Sounds in a Queue. Among other highlights it has some Wax Idols songs as demos, her Tom & Stevie cover, a killer Verve cover she was playing live in recent solo gigs (which made me pre-order this as soon as I learned about it) and more. Dig the lengthy Fiona Apple style When The Pawn…, The Idler Wheel… -esque long ass album title. Or maybe she was inspired just as much by Shai Hulud’s Hearts Once Nourished…? Hard to say! Just support it! 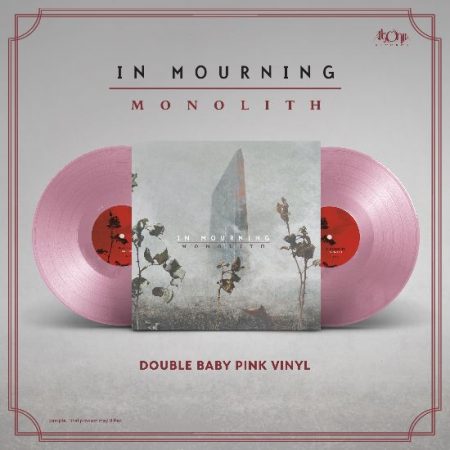 Lastly today before I fade back into the Catskill mists, outstanding death metal act IN MOURNING have a slick re-release of their Monolith record coming out via Agonia. How hot is that double pink vinyl?! Shut up and order it HERE.

Until next time, best wishes and may hope stay with you through this shitshow.