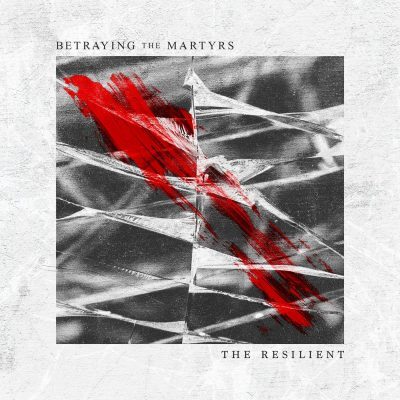 Betraying The Martyrs new record The Resilient  more than proves they are here to stay and should not be underestimated. We spoke a few months back with vocalist Aaron Matts about the Paris, France based Sumerian rockers latest, what goes into songwriting and more.
This interview was originally published weeks ago with a different intro but was lost in the malware issue we had that wiped about a year of site content. I had enough of it backed up that I was able to rebuild it for the fans of this young, bright metalcore act and for readers who maybe even missed it the first time.
Check it out BELOW.

So this album took a year and a half? How does it feel looking back on how you grew as a band during that time?Aaron Matts (Vocals): It feels great man! We needed the time alone, away from the road and away from influence in order for us to find ourselves as best friends once more and come back to the true btm sound that has always defined us, we couldn’t be happier with the choices we’ve made on this record.

How did you decide, out of all this strong material, that “The Great Disillusion” and “Lost For Words” would be the singles ? “…Disillusion” really brings the mosh energy right out of the gate. Is it hard choosing songs for singles between the band members or do you sort of decide it with friends at the label?

Our friends at Sumerian certainly have an input as to what material they would like to put out, but this time around we knew exactly what we wanted to do and they we cool with backing our choices. The decision of which singles to put out was an extremely difficult and dividing process, due to the fact that we’re all so confident in each track, it was almost impossible to pick a couple out!

I saw you live once at NEMHC Fest and you had enough energy to have been on the main stage.

Nice, we had a great time at that show! Fortunately we’ve been lucky enough to return to the pavilion and play the main stage a couple of times on other tours, but NEMHC definitely sticks out as being a great show, we don’t care about the size of the stage, as long as the crowd is having a good time, then so are we!

This record feels, much like Periphery reached a certain place with their Alpha and Omega Juggernaut releases…The Resilient feels like a new step up for you. That friggin “Unregistered” breakdown is insane! You know the part! I was like, how did they even make those tones?!!

Haha yeah I know the part! We’ve all got such varied musical tastes, and I can’t deny having a large part in wanting to show our heaviest side, and if we’re gonna do it, we’re doing it big! So we wrote the heaviest breakdown we could and loved every second of it!

How does it feel as a European band to have the support of Sumerian? I thought it was cool when they signed you that they were going to introduce more kids to the international scene who otherwise might stick to bands closer to home. I mean, there is the internet now, haha…but you know what I mean.

It feels great! Especially back when they signed up, we were over the moon we couldn’t believe it! But you’re totally right, it feels amazing to be able to be painted with the same brush as other bands over in the states that are fronting the genre, we appreciate all of our fans over there it means the world to a few European lads like ourselves.

“Ghost” feels like it is going to be a fan favorite. Is it about revenge or the process of sort of letting go of something? It has the kind of cinematic flair I used to enjoy in metal core like Bleeding Through, where it was so pissed off but there were other elements helping paint the picture.

It sure does, that track has always been an underdog between us in the band, it’s great to see it getting as much attention as our personal favourites! Exactly, this is a rather negative track for us to release, but life is made up of moments, not all of them can be oozing with positivity. This track was written for one of us in the band who has been betrayed by a family member, but serves for anyone who feels neglected and angry, we’ve all been there.

Does the record title represent being a musician? Or perhaps just a more general theme of dealing with life? It was a little hard to tell from the title track because I was distracted how the intro made me feel like I was in a space western, haha.

Hahaha! The title represents who we are right now in this moment. We’ve been through our fair share of low points since we started this journey, but we’re still standing, stronger than ever, in our original form and that’s the way we will stay, it sounds cliché but that’s truly who we are when we’re together.

How does it feel to have gotten this far? Any naysayers you feel you have defeated? Or is it mostly positive feedback? People talk shit on some bands but I have mostly, I think, heard people say good things about you…though some people will never like big sing along parts. But I think your band does them well.

You’re right there’s always shit talkers, we’ve had it hard just like any other metal genre melting band like ourselves have, although it could be a lot worse for sure! We do what we do and keep to ourselves otherwise, we’ve never been ones to throw shadow on other bands or sling out wild misplaced opinions on any subject outside of our music and I think that’s helped us for sure, we just came to play our music and get on with whoever we can! You’ll always find us in the crowd trying to make friends!

The best compliment I think I can give this record it that I think for some kids it will be a really important album for them. I am older, like almost 40. So I look back on certain milestones and remember the passion behind older albums most vividly, like in hardcore when Sick Of It All put out Scratch The Surface or,say, in metal when White Zombie had Astro Creep . Of course a lot of great albums have caught my ear since…but it is always nice to hear a “newer” band (you are a few albums in at this point) giving it their all. How does it feel knowing you are connecting with people?

That’s what is most important to us. Speaking personally on how I chose to write lyrics for this record, I’ve learnt from past errors and experience, I knew that this time it had to be relatable to the listener whilst simultaneously being true to myself and heartfelt, that’s something I’m proud to say I think I have achieved, I really hope people feel what I have to say. As for the other guys, I know full well they put all they have into this too, we all did, we hope just that it can make people, of any age, feel something deep just like we felt when putting it down, you know.

Anyway mate thanks a lot for your time, all the best.

More News On Betraying The Martyrs: