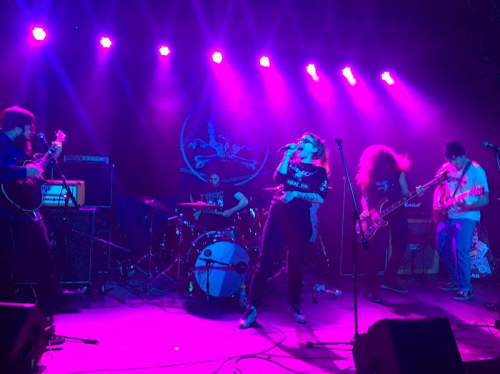 Formerly known as Septic Rot, the formidable NYC 5 piece now known as High Cost blew me away when I heard the advance promo of the up and coming act’s new forthcoming (Nov. 30th, Tridroid Records) Self-Titled release. It is so effin’ awesome to still get that feeling of excitement from a new band sometimes and to remember bygone days when word of mouth, the back of some zine or trusted sources was the main way to find out about extreme music, be it punk, crust or death metal.

Nowadays the internet allows us to almost know about too much and the process of separating the cream from the crap can feel like wading through seas of white noise at times waiting for a pearl of passion, but rest assured the real DIY scene is still thriving and out there. The cassette version of their debut EP contains 7 tracks on Side A and noise remixes and live recordings on side B. Lyrics deal with mental health struggles and are written by lead singer Kiki.

Honestly this almost made my year end list and was in the top twenty five before I had to trim down to fifteen for my final list. This band has huge potential and remind me of how fired up I was when I first heard cool world engaged bands like Landmine Marathon or Disfear or other ragers.

Check out the stomping intro to “Illusion” before it explodes into raw punk and shreds you to bits at lightning speed and then devolves into an awesome Cro-Magnon stomp and by then you will maybe be smooshed flat but hooked and want more. 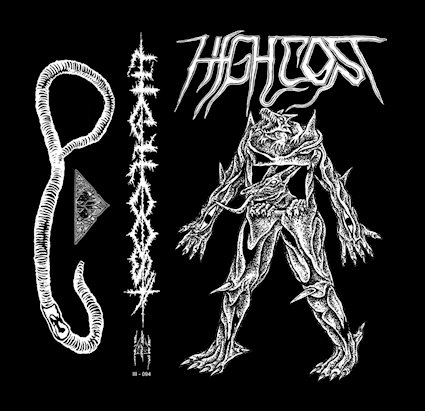 This project is charged up! Positively intense and electric. Love the passion! How did it come together? Certainly some of the most potent material I have heard out of NYC in 2018.

C: My old band had been laying inert for some time and I was itching to play bass in a noisier, more chaotic ensemble. I had heard that Septic Rot was looking to restructure their lineup. After a  few months of rehearsing and writing we decided the name didn’t really fit the sound anymore so High Cost was conceived.

T: You ever see that movie Cube? It’s just like Cube– every Wednesday night we all wake up in this cube puzzle room with instruments in it and we need to play some shit for 2 hours to be let out. Every so often there’s a new person in there and the cube demands different things for us to be let out. We still haven’t figured out why this happens. 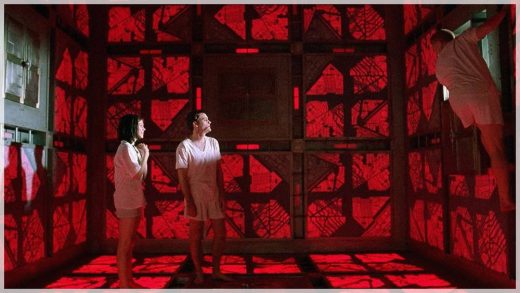 J. We started out as Septic Rot, thanks to the magical powers of Craigslist. After a few lineup changes and sound tweaks, we moved forward as High Cost. We played a small amount of songs over and over and over in a small room for a year and here we are.

O: saw on a flyer that septic rot was looking for a second player. I contacted the band and said I’m interested of shredding . We did a few practices together playing the demo songs and soon started to play shows and write more new songs.

So you are doing a 7″ but how did you get the idea to have the B side of the tape version be cool noise versions and live cuts/explosions? Obviously it makes it special and you honestly feel satisfied like you got a, ahem, glut of material and energy even in a short amount of time.

C: Someone once pronounced it Gloot instead of Glut and now every time I see that word I chuckle.  Gloot.

T: Christine of Tridroid  asked if we had any more material for the tape, so I asked my brother, Rottweilin, if he could rip apart some of the tracks. I liked how that band O.L.D. made a whole record of their songs turned into gabber techno.

To me grind is always some of the most fun because it often still has that link to more vital strains of political punk. What drew you to the genre? I think the first grind band I got into was Nasum and then backwards to Napalm many years ago. Hmm, what will we call mall punks now that retail box stores are dying out? A weird thought, haha. I’m old.

C: Amazon Punks? I don’t think we can be considered a traditional grind band. There are some elements there I guess but the way we write is to take bits and pieces of sounds that we like from the genres of aggressive music that we all listen to, see what sounds good together, craft a beat around that and then add vocals. We’re all into different stuff so the end product isn’t quite as genre specific as “grind” or “hardcore”.

J: Started with Insect Warfare and then moved backwards as well,  although like Chris said, we’re kind of all over the place as far as influences so I don’t know if we fit specifically into the grind mold.

O: Slowly got into the genre after listening to fast hardcore punk and powerviolence. I remember I bought a CD of a Japanese grindcore band called “unholy grave” that blew my mind. Of course also old school stuff like old Carcass and Napalm Death.

K: Though I can’t really say what genre we are, I would agree that we don’t play straight grindcore. We all have such diverse (and overlapping) tastes that a lot of freaky stuff has come out in our writing.

I look forward to future five part harmonies. Will the lyrics be available online? I was reading that a lot of them deal with mental health struggles which is something I relate to. Is it easier to write about stuff like that with the confident roar of a loud band to maybe dispell nerves or does that sort of make it more raw to expel out so forcefully? I used to sometimes as a singer have to not talk to anyone for a half hour or so after a set in various bands because it was like I would leave my body.

K: A lot of the lyrics deal are about my history with  bipolar disorder, suicide, and sobriety. I don’t think we are going to put the lyrics online but they are part of the inserts for the tape (I think) & 7”. I struggle with being on stage, and outside of band stuff, have never been good in front of a group, so definitely the volume of the instruments and the perhaps not immediate legibility of the words, are both helpful. Not just because the topic is so personal, but just doing it at all.

What are some other cool bands you have enjoyed playing with thus far? I like hearing from NY bands what is clicking for them in the scene at present. I used to live there and miss it, even though it has changed a lot.

I love the sort of rock ripper intro to “Illusion” that starts things off but I think my favorite song is “Indemnity”. It’s maybe the most fierce on the record and comes in like sharp stinging hail. How long did it take to make this? It sounds like you didn’t overthink it but still…good. Lol.

T: I think it came together in a couple of practices, then a few months to tighten it up and it used to be called cold case. We’re 1000% organic. Pepperidge Farms remembers, Pontiac- you are driving excitement, a nose in need deserves Puffs indeed.

My cat is named Lil Puff, but yeah.

K: We tend to write pretty quickly when we are able to focus and have consistent practices. I think I usually end up taking the longest writing words, and sometimes we have to demo a song so we can all hear what the fuck is happening before we can iron it all out.

The band name High Cost is pretty great, one of those you can’t sort of believe hasn’t been taken yet. But it also makes me think of many things, say, ignoring global warming to not reading accurate news sources due to propaganda to ignoring red flags in an unstable situation. How did you settle on the name and what are your next goals?

C: High Cost is a very transparent name that lends itself to all sorts of art and conceptual ideas. I think the other name we were thinking of was Blade DVD. (Author’s Note: I want Blade to show up in Avengers 4 , catch sunglasses and kill Thanos, just because, and then leave and not say anything. It is a huge fantasy of mine).

T: Blade DVD was very high in the running, but High Cost was the one nobody said no to after we decided that we didn’t want a name that sounded like a diarrhea pipe anymore. Our next shirt will say WHAT’S LIVING WORTH? With weed leaves and dragons all over it. Call 1-800-HIGH-COST beb for the fuckin’ cure.

K: Probably important to note, since this is print, that it was actually bladeDVD one word. We really dropped the ball when we passed on that. As far as goals we just are planning on keeping up with playing and writing, and working on another release.

How are you feeling now that the mid terms have come and gone? Obviously it is still a shit show out there.

T: Still waitin’ on that 2012 apocalypse rapture thing I was promised.

K: Everything kind of sucks right in a lot of respects, but I think focusing on what immediate impact you can have on people in your community and public and private interactions is a tangible way to not get lost in a bigger picture or feel so hopeless. 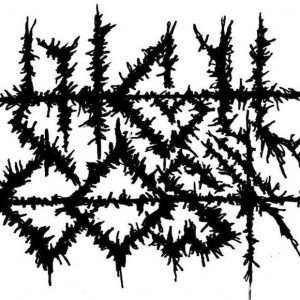