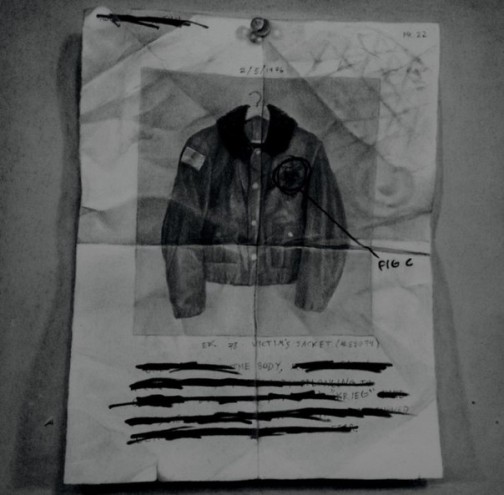 Waking up this morning after a late night following all the unified support around the world for the victims of the Paris attacks of 2015 (as they will undoubtedly always be remembered), I am thankful for my life. Thankful, heading into late November, for my dog and my ability to wake up, smoke a bowl and listen to Bog Oak or Nate Hall’s Electric Vacuum Roar. Thankful my dear friends in Paris from Noisemag.net are safe. Thankful for the odd quirk that at least from this tragedy The Eagles Of Death Metal are now certainly a household name.

I was at a bar last night while following the developing story and speaking to my friend James Felice of folk band The Felice Brothers about how most people want peace around the world. I think even the people who would love to point fingers or not let go of anger can agree that, factually, peace is health and war is more akin to death.

It is interesting to me how some of the people who I admire, of whom Krieg‘s guiding force Neill Jameson is a prime example…some of the people who make the harshest or edgiest music also have the sensitivity and awareness to grasp that we all share a certain interconnectivity, whether we like it or not. Jameson was quick on his Facebook to post criticizing people who were saying “who cares” since the Paris attacks didn’t happen at a “real metal” show, just as he has spoken out against misogyny in the rock world and regularly deplored the state of the American record buyer’s mental faculties in his funny Decibel columns.

Now his main project Krieg has teamed up with experi-metal noise pioneers The Body to create one of the great collaborative records in recent memory. Along with the recent Gnaw Their Tongues/Dragged Into Sunlight co-helmed effort, it is cool to see bands doing these Marvel team ups and delivering new directions.

The music is uncompromising and matter of fact as it burns like industrial black sludge that has contacted human skin mercilessly. This is like an ulcer becoming a black hole. But you can’t stop listening and get pulled in deeper. It will be way too intense for some casual metal listeners who are more akin to understand the fun loving Airbournes or the standard thrash metal fan, for example. Nothing against those templates. But this is almost like having someplace to put all that darkness and let it out of the metaphorical rotting and mystery filled burlap sack for a minute, because you can’t keep that shit pent up inside you without causing yourself or others harm.

We need movement and conversation and even, at times, a way to scream things out in a productive way before we can return to sensible, forest quiet.

Read a full conversation about the record BELOW.

Everyone has been talking a lot about the intensity of “Bottom of the Bottle, Bottom of the
River”. Was that sort of the song you maybe let go the most on?

NJ= There really wasn’t a song that we focused on the most for that. We took each moment as its own.

“A Failure Worth Killing Yourself” is my favorite track. It’s just so weird
and reminds me almost of like when you’d get a Pigface record in the 90’s
there would be at least one weird collaboration song on it that was such a
bigger headfuck than the rest and almost like intentionally sounding like it
was trying to make people uncomfortable, hahaha. How did you guys settle on a
direction for this record?

Honestly we didn’t have any real sense of direction going into this, nothing was really discussed prior to each song being written and recorded. Keith and Seth at Machines with Magnets were very helpful with guiding us into a unified aesthetic as we went along. We really wanted something that was overwhelmingly negative and the sound just sort of organically fell in line.

“The Final Nail” works so good with your screams atop that sort of clangy,
sludgy style. Was it “fun” to maybe get a little thicker riffing than the more
black metal direction? I know black metal means a lot of things, so that is
kind of an overly presumptive question, but I think you get my drift.
I just wanted to write some riffs that sounded like Amebix and Hellhammer and with how Chip’s guitar is set up it just came out in a massively punishing manner. I’m a fan of a thicker, denser sound these days for what I do and I think a lot of that comes from doing this record.

How did this experience differ in terms of maybe someplace you could go that
you might not under your “normal” Krieg endeavors? What was it like working
with The Body? I like how they embrace adapting with whoever they collaborate
with. I like when bands can stretch themselves like that. Boris or Sunn O)))
and Ulver come to mind or The Melvins for me as other artists that don’t just
sort of do it by the numbers…like “now we are this hard rock band with
whoever is the new singer”. A+B= etc. It is more like a
FUGSUHFISJFKFJFOPJWODJOK+ GDIWNIDMOPCPOMOSPM = who knows WTF is gonna hapen
type vibe. Am I right?

Like I said before, we didn’t have any real idea or direction for the record when we started so we really built it from the ground up instead of other collaborations I’ve been involved with that basically have songs mostly written and put me in front of a microphone. Working with Chip and Lee was one of most satisfying creative experiences I’ve ever had and helped teach me a lot of new ways to approach things.

The record, if it maybe has a cousin this year, could sit well with the
Corrections House release which I loved as far as sort of mercilessly showing
the weak points/ underbelly of people’s often true lack of convictions. I
think the song titles on this record and Know How To Carry A Whip alone could
make some people depressed, hahaha. You don’t even have to listen to the
misery filled harsh industrial noise.
There’s a similar aesthetic goal in both records it seems.

Do you gargle with salt water if you get a sore throat. I find that is
really not as helpful as people think and I’m sorry if the general question
sounded like some sort of sexual metaphor. But really, your scream makes me
worry for you sometimes, hahaha.

When I did the first Krieg record I permanently damaged my throat so since then you’d imagine I’d be more careful but I honestly treat myself like shit in that respect. I drink a lot of bourbon and honey when doing vocals and that seems to help.

Yeah, to Richmond. Pros? Not being in New Jersey. cons? Besides the distance from my band I honestly can’t think of any.