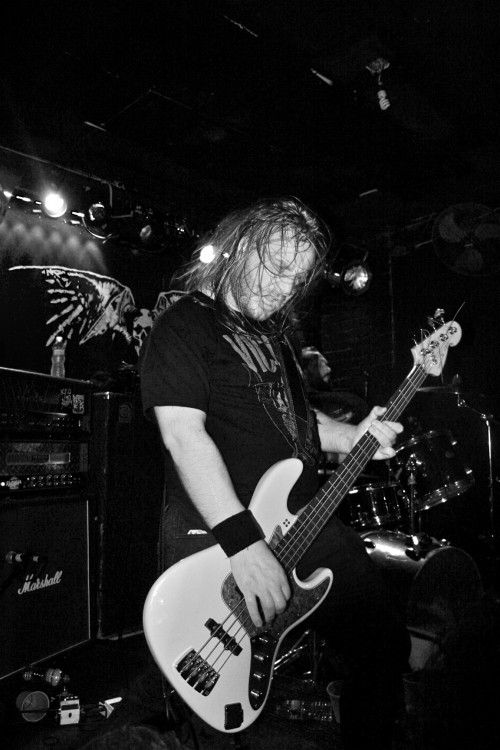 Finland’s megalithic grind leaders Rotten Sound are touring the States in celebration of a twenty year career. While at Brooklyn’s staple for live metal, The Acheron, I spoke with bassist Kristian Toivainen. We had a nice talk over cold beers about Kickstarter, their latest release Species At War, and some current events. The show afterwards was deafeningly delightful and the opening bands really amped the crowd up for what was to be a very brutal night.

First off, a couple of my guys up in Boston saw your show a couple nights ago. What happened there?

NichNote: Wonder Twins Tyrus and Sean caught this tour just two nights before and a big fight broke out during Rotten Sound’s set.

Kristian Toivainen– Ah, okay. We didn’t know we had to stop at eleven. I saw the promoter do like this [makes a throat cutting motion, the signal to stop] and I shouted to Keijo “I think we have to stop right now.” He didn’t see anything or hear anything, so we played our last songs. Then they just cut off the power. Sami was still playing [drums] thinking it was going to come back on. This big dude who owned the bar was shouting at us saying “it’s disrespectful.” We didn’t know we had to stop playing.

Have you guys ever been in a bar brawl or not gotten along with another band on tour?

No. We fight with each other.

Lots of things. Sometimes some dude drinks too much. [Points to Keijo Niinimaa, their singer]

So in the news, As I Lay Dying’s Singer Tim Lambesis is in jail for trying to hire a hitman to kill his wife. Any thoughts?

Fucked up. Really weird. I heard he was supposed to be a pretty good guy and in a good Christian band.

How about thoughts of Jeff Hanneman’s passing?

I was really sad when I heard it. I was hurt. I just felt we had to listen to Slayer the whole day.

Was there one album you went to first?

No, we listened to some of the newer stuff like Divine Intervention. My favorite is South of Heaven. 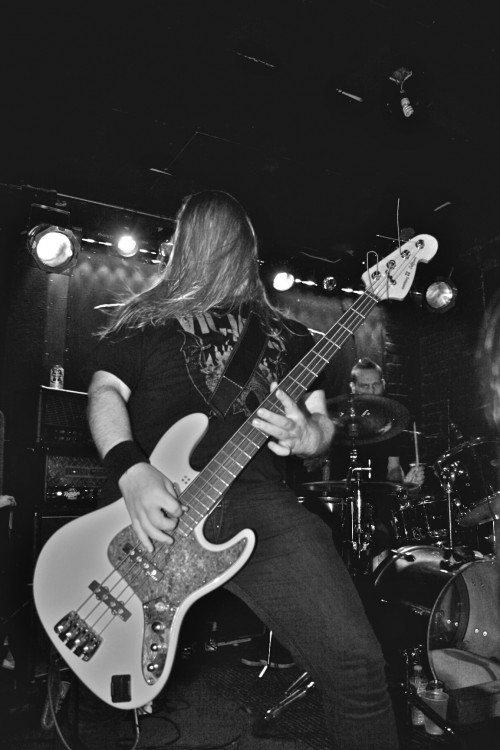 What was the writing process for Species at War?

Actually, they are quite old songs from the Cursed sesssions. They are not left over songs, but they did not fit into the Cursed album. We wanted to do something different with them.

What parts of Species do you want to bring into the next full length?

I don’t know. We haven’t decided yet. We have shitloads of songs ready, like twenty, but we are just trying to do the best damn album we can. We have to figure out how the flow is going to be. We are writing lots of stuff right now too.

I’ve noticed bands starting to use their fans to fund an album, like Protest the Hero. How do you feel about that approach to making a record?

I think it is a great way to do it, because it is really hard to get a recording deal nowadays for younger bands. Even if they are good, record companies don’t care about them unless they have the fan base. It’s very cool that they can get some funding out of their fans. We are doing a documentary right now [points to a cameraman behind us] and we don’t have the funding, so we might have to do that, like a Kickstarter.

I’m in. I’ll donate. Absolutely. I also saw a guitarist from a band put up a funding link for his dog’s surgery on Facebook. Within two hours, the goal was met.

I think that is really cool because it comes from the fans to the bands, directly.

What do you think the most effective way of increasing your fan base is?

I don’t really know. We are doing our best all the time. We always try to do one hundred percent at shows and work hard.

Do you guys have groupies or girlfriends?

He is the only single guy. [Points to Keijo behind him]

For the record, Keijo Niinimaa is the only single guy in Rotten Sound. I’m sure there are going to be a lot of broken hears out there.

Is there any crazy fan that comes to mind?

Nothing comes to mind, nothing really weird.

That’s good. I’ve heard some odd stories, but mostly nice things, like someone baked some cupcakes. Or made coffee mugs. I’ve heard that a couple times.

Our merch girl baked us a cake for our twentieth anniversary this year, and that was really nice and cool. We ate it in the alleyway behind the club we were playing in LA. 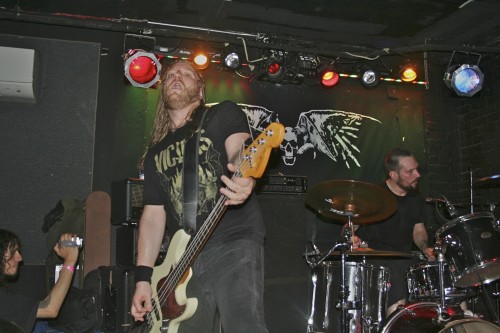 In twenty years of you guys putting out albums, which one do you think your fans have really enjoyed most?

Well, I’m sad to say, but people are always talking about Exit or Murderworks. Those are great albums. I didn’t play on those albums. We are a different band nowadays and we don’t want to do those albums again.

So you’re saying you won’t play songs from the early days ever again?

No no. We don’t want to make an album like those again. We are definitely playing songs from those tonight.

Would you ever retire an album and never play it again?

What do you suspect the next twenty years of song topics to include?

I’m looking forward to having another conversation like this in 20 years.

What do you want to say to your fans right now? 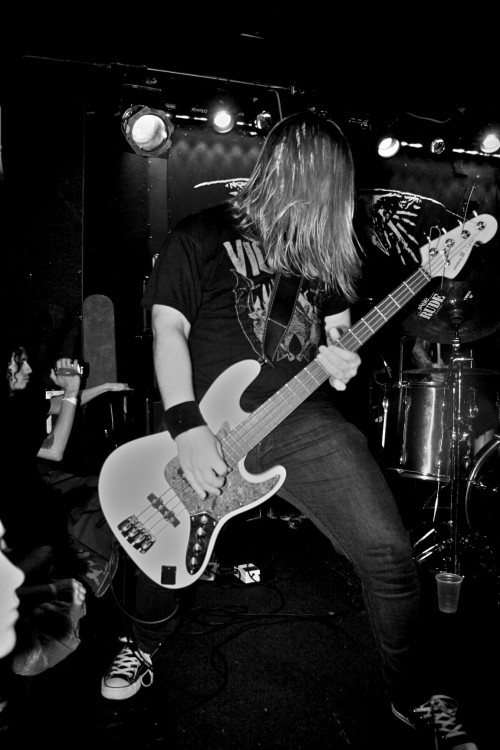