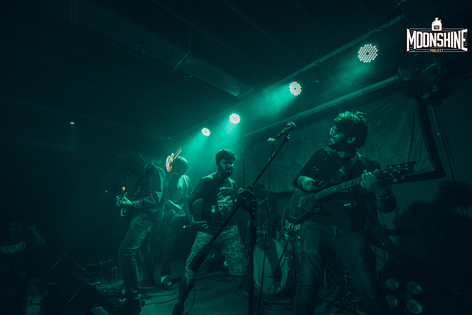 Mumbai’s Pacifist released one of the absolute banger EPs of the year in the form of the must-hear Greyscale Dreams.How often do you get to hear a hardcore band that actually makes you still want to be a better person these days? People are so cynical that it takes a lot of spirit to cut through the Godforsaken fog of modern malaise. It will take you about fifteen minutes to finish the entire EP and I hope it will move you as much as it made me feel inspired. “Double Down” at the 2 minute mark from a crazed diagonal sounding edgy hardcore riff suddenly melting into a wash of brief almost shoegaze guitar and careful cymbal work paired with poetic, youthful musings is an exhilarating thing to have reach your ears and stir the blood.

I reached out to the band’s contact and they graciously agreed to an interview about hardcore, India, the EP and their influences and goals.

How long have you been an active band? Did you start out with an idea for the sound or a political agenda? What was it like creating/recording this release?

Sid – I started looking for people to jam with in the second half of 2017. Started out as a three piece, but things didn’t get very far. That’s when Apurv Agrawal (guitarist & producer) stepped in, and helped streamline the songwriting process. We’ve come a very long way since then, and finally came of age in the last half year or so with a stable lineup, great live shows & a well-finished output with the EP.

What is the musical scene like where you live? Is there a lot of support for underground rock? What are some other bands you love from your area?

We’re building a micro-scene of our own now, with fellow Bombay Hardcore acts in Death By Fungi (mathcore/metallic hardcore) & False Flag (crust/skramz/emoviolence). We’ve all got our own distinct styles & hope the interest in the style grows over time in the country.

Death By Fungi is cool! I heard them the other day. So…I grew up for part of my early life living in the Upstate, NY mountains with no electricity so even decades later it still amazes me that I can go online and talk to a band in a distant part of the world! What do you think are some good and bad things about how technology influences the music scene?

Sid – That’s very relatable for us as well – India’s had its share of issues too haha! The great thing is how we’re exposed to so much stuff & creative work from across the world now thanks to technology. The sad part is that there’s no substitute for real human experience – people are growing more distant with technology, not working on acquiring actual practical or social skills & just living a life of passive ‘consumption’. All of this challenges young individuals to actually pick up instruments & start bands, I feel.

True. True. You listed a lot of American influences in the press release for this EP. The band also has your own elements as well as influences. Are you inspired by hardcore from all over the place? How’d you end up getting the very in demand Brad Boatright involved in the mastering?

Sid – Brad’s worked on EPs our friends have released (most of the aforementioned bands) and it was quite a breeze to work with him as always. Our influences do tend to be American as they probably laid down the foundation for all hardcore we’ve grown up listening to & comes through in different shades in our music. It’s quite diverse, cause we don’t follow a lineage like most Western acts here – it’s literally an amalgamation of sounds across 2-3 decades of the genre.

Apurv – I’ve worked with Brad a few times for some other bands that I’ve mixed or recorded. We knew he’d be the right mastering engineer for this EP right from the get go. 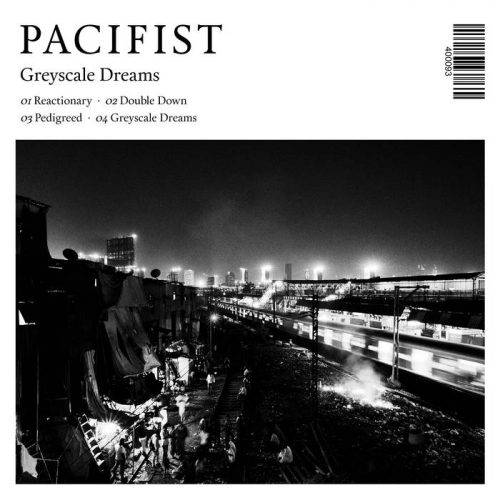 The record title is very relatable. It almost sounds cyberpunk, very dystopian. You have written it is about people getting lost in the shuffle of a difficult world?

Sid – It’s not science fiction as much as it’s based in reality – although I get the ‘Do Androids Dream…’ vibe you must have read into (I’m a huge fan too, haha!)
The greatest dystopia is the one we live in. Humankind at its ugliest is usually hidden away from plain sight. The EP is a criticism of the urban decadence we’re subjecting ourselves to, with an utter lack of value for human life in the city of Mumbai that we’re based out of. It’s quite a ruthless city, for those that don’t have the privileges to lead a good life here.

What is the story behind “Pedigreed”? That energetic main verse riff is so cool as well as the busier guitar work in the bridge which is very impressive. I wish you could go on tour with Stray From The Path. That would be such a good combination.

Sid – This stems from a personal anecdote from a previous advertising job where I was told my state-university degree & education probably was not of the same ‘pedigree’ as some creative professionals who’ve graduated abroad & from esteemed, expensive private institutions & how I can’t possibly compete with that.

The song broadly critiques the workplace – how people are blind about their own privileges, how unfairly norms are set in offices & puts others at a disadvantage, and how people have to play along as a ‘team player’ to appease everyone and win at the corporate game. Also, general fake behaviour professionally to just get into people’s good books & succeed. Fuck that.

Massive respect for Stray From The Path for their crazy live act. Would be an absolute honour to play with them someday.

And regarding Apurv’s guitar work, it really speaks for itself – he’s absolutely killed it on this one!

Do you consider yourselves actual Pacifists or believe sometimes conflict is an inevitability of freeing oneself? I read Martin Luther King sometimes and really wrestle with this.

Sid – I found the concept a great exercise in ‘duality’ – there’s something really visually strong with the thought of a warrior-monk that works towards inner peace, but can harness all the force in the world to strike down an enemy. Not that there’s any concept behind the name, just an interesting metaphor/dualism in there. Defy public expectations when the song kicks in hahaha!

I love that each member of the band gets to shine and the songs are the sum of their parts, working together but all “cool”. Some bands forget to be a team and the writing suffers. I love how “Greyscale Dreams” the title song really lets the verses have melodic power that adds to the emotion. Some of that song reminds me of the band Burn a little bit, very cool! Do you write the lyrics after the music?

Sid – Thank you so much for the kind words! I do take care of the lyrical content after the riffs have been laid out – they really help set a tone, mood & direction for me to shape my thoughts around it. Greyscale Dreams has been one of my most heartfelt & emotionally heavy pieces – sometimes when I recall the writing process with Apurv, it gives me goosebumps and also a feeling of great satisfaction. We’re very proud of this release!