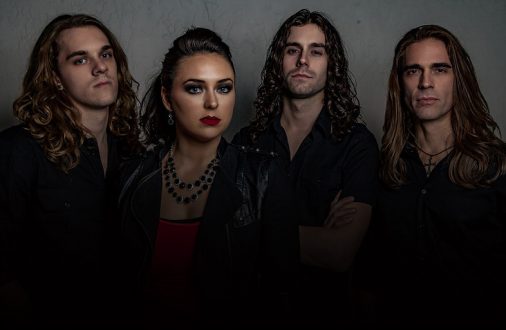 When I first heard Paralandra I knew they had a great chance of becoming one of my new favorite hard rock bands. The commercial crossover appeal of Lacuna Coil or Halestorm married to a deeper strain of bluesy hard rock and alternative groove gives this Springfield, Missouri act an edge that has many eyes on them already.

You can catch them on The Alive Tour this April or on a great opportunity slot playing Rocklahoma  alongside many acts including Three Days Grace, The Cult, Taking Back Sunday and more this May.

Drummer Nick Gray fills us in on band dynamics, their sound and work ethic, recording and almost getting to open for Scott Weiland.

Read more about this inspiring bunch of true believers BELOW. 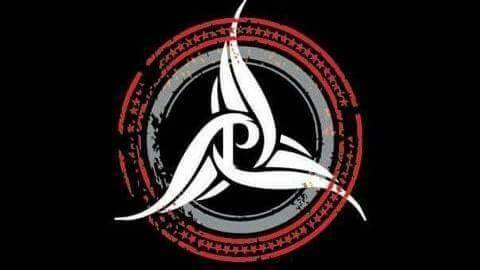 Hello! Learning about your band was a pleasant surprise. It is nice to see people making cool hard rock that is good. How did this project come together? In your case there was a family connection, which is more rare. I feel like, while it is kind of obligatory, that people still care about learning that stuff!

Nick Gray (Drums) – The band was formed about 3 1/2 years ago right after I graduated college in May of 2013. Me and Casandra used to go to the same high school together and we were on the same track & field team. At that time I wasn’t too involved with music because I was focused on getting a running scholarship to pay for college. We talked about music here and there, but that was the extent of things at that point in time. Literally on the last week before I graduated college 4 years later we met up again because she was performing in a cover band while I was at track practice and she approached me and said that her and her dad are looking to begin an original band. I mentioned that I play drums and other instruments and she invited me over to jam with them together on some songs they had been writing for awhile. Long story short, I came over and really enjoyed their ideas and immediately began giving some of my opinions on how to shape the songs and it was an instant kind of connection in that moment and here we are today still working hard! Yes, there is a family connection when looking more into our band. Paul Carson is our lead guitarist and he is Casandra’s dad. Some people may think this dynamic is weird, however that’s not the case at all. Everyone works greatly together and Casandra and Paul are very much the best of friends. Its actually pretty cool and something unique we have going for us. People seem to really enjoy learning this about our band and admire it.

How long did it take for you all to build a chemistry together as a band? It is very evident even in your music video I saw. Plus, having some people be related doesn’t automatically mean the bond will translate to a good product.

I feel the chemistry was almost immediate the first time we got together in the garage and jammed together. I’m glad you enjoyed our music video! Playing live is one of our favorite parts of being in a band. We wanted to convey our energy in video format because its one of our strong suits as a band. We always have a blast and make sure that every part of our performance everyone is active and putting on a show somehow. People come to see a great show and we definitely enjoy giving them that. I agree just because there are family relations within the band doesn’t ensure that the product will be better. However, we’re blessed to be on the positive side of that statement in the sense of it seems to make our band stronger. Being in a band isn’t always peachy. Its hard work and sometimes its a struggle for any type of artist. If there is any tension at all which is a rare, its only because we care so much about the music. There isn’t a shortage of ideas in our band that’s for sure when it comes to the writing process however, at the end of the day, it just works.

So you are working soon with Producer/Engineer Dave Dominguez on new material? What can you tell us about this?

Yes! David has produced several of my favorite rock artists including Guns N Roses, Powerman 5000, Weezer, Papa Roach, and Staind to name a few. We plan to release the new single hopefully this Spring and depending on how things go, we’ll possibly record our full length album to follow! We have seemed to find our “niche” regarding our sound as a band and I’m sure David will only help us make the music the best it can be. Plus, we hope to hit the beach a little while were down which will be fun!

Are you excited to hit the road for The Alive tour?

Definitely! This will be our first professional tour run and we’re excited to begin learning this side of the business as we gear up for more touring this Summer. The Alive Tour will begin on 4/7 in our hometown of Springfield, MO., go up the East coast, and we’ll end in Wyandotte, OK. on 4/22. We’re looking forward to meeting new people in new markets and seeing new territory as well! I’ve personally never been to NY before so that will be interesting!
Oh cool, you have to go to Three Of Cups on 1st Avenue for some after hours fun. I heard you were able to share the stage with Scott Weiland before he passed? Wow. What was it like experiencing that for your band?

Almost… We actually were going to be on his next show he performed. We got word that the show was weirdly cancelled and the promoter couldn’t really give us any information as to why or what had happened which had the band confused. A few hours later we got word of Scot’s passing and we were simply heartbroken! Not so about missing the opportunity to perform with such a legend, but more importantly about his passing! Velvet Revolver is one of my all time favorite rock bands with several of my favorite musicians. It was saddening to get this information and may he RIP. Scott had a presence about him that may not be matched again by a male frontman in my opinion. Scot was definitely an amazing entertainer and he will be greatly missed.

Yeah, I love that Art Of Anarchy record he did as one of his final albums. Damn shame. So, while you have big hooks, it doesn’t sound forced. Is it important to you to make a song feel like it built up naturally to various peaks rather than just, I dunno, plopping a catchy chorus in for the sake of it? I mean, who is going to say no to that question, hahaha? But you know what I mean.

I’m glad you listen for the hooks! This is something we all feel strongly about having in our music. If music was forced I think it just wouldn’t feel right you know? It just has to come together. We are fortunate in the sense that songwriting came naturally for us as a band due to our past musical experiences in previous bands etc and we could now put those lessons to good use in a band that just “works”. There are so many elements that make a good song including dynamics, hooks, heart felt lyrics, choruses, riffs, grooves, the right singer, the right musicians, and the list goes on and on… We as a band spend probably too much time on our material…. We literally discuss every part of each song we write and make sure it has a purpose until we reach that “ah hah” moment. Sometimes it comes easy and sometimes you have to work harder for it. We never put any part in a song “just because” its just not who we are as people. We hope our fans catch onto this passion and share it with others!

How many songs are you up to now? Do you ever do covers also? I could hear you all do a sweet version of ‘I Love Rock N Roll’ by Joan Jett. That’d be pretty cool.

A lot! I honestly can’t tell you an exact number… We have around 50-60 covers that we know and we pull out a few during our original shows that the crowds really seem to enjoy. “Killing In The Name” by Rage Against The Machine always goes over well and is always a blast to perform live as well as several others. I’d say we have around a solid 20 original songs that we perform live however we are always writing anytime we are together so that aspect never really ends and those numbers will continue to rise as time goes on. It’s hard to decide which songs make “the cut” in a setlist or a recording, but I’m sure thats hard for every band. We don’t play the exact same show twice.

How does it feel as a ‘newer’ band to connect with people and remind them that something new can still find a way into their world and mean something? Or see a crowd warm up to you if they weren’t converts yet?

Amazing! For us, making a POSITIVE difference on people’s lives is one of the best feelings in the world musician or not. For example: We had a fan not too long ago come up and tell us after performing “I was planning on killing myself and if it weren’t for your guys’ music, I wouldn’t be here”…. What do you do with something like that? Things like this are truly humbling and make our efforts worth while. This is the power of music that people often forget about. It has the power to impact people in major ways! It’s also a great feeling to perform in a new market and have new fans enjoy your music and want you back to return to their area. Music is just cool this way. It brings people together in some way, shape, or form. Seeing people singing back your songs back to you while you perform is surreal as well!

What has been the most powerful part of this journey so far for you?

I’d say taking the time to look back 3 1/2 years ago to now and taking into consideration how far we’ve come in that amount of time. We’re blessed and we’ll continue our journey as long as people continue to support us. Things are going great right now and I want to thank our fans, team, my bandmates, my close friends, and family for their support of our band. It’s not the easiest career path, but we’re all called to do it! We look forward to seeing everyone on the road this April on the Alive tour! 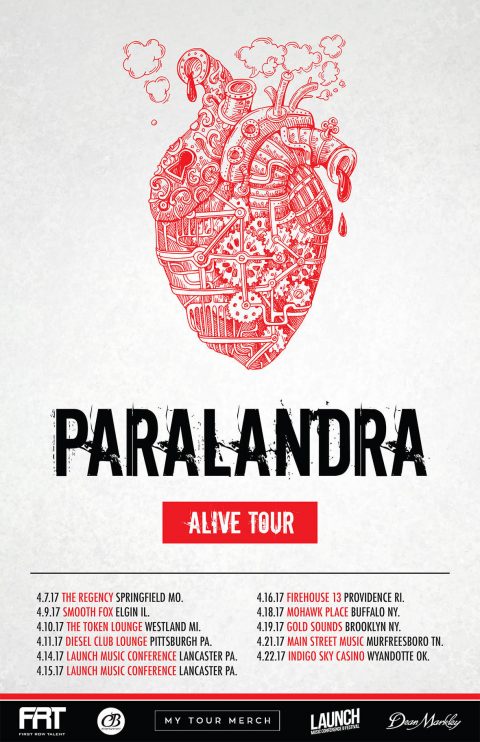