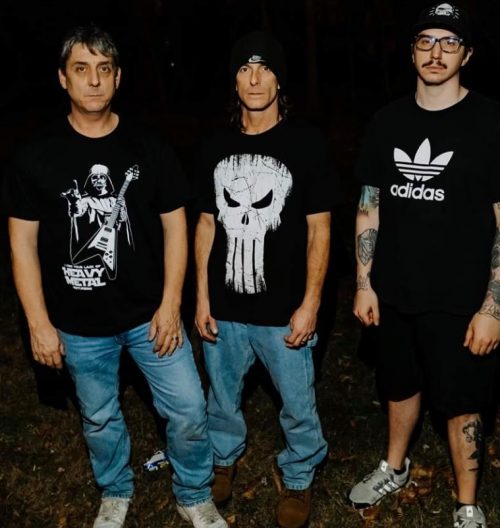 Upstate, NY heavy hitters SICKBAY have become a staple of the regional heavy scene, putting out material consistently and always upping their dark and deadly game. Death metal with a slight amount of hardcore crossover in the mix, Sickbay are clearly not worried about trends and just intent on creating the special blend of brutality that makes them tick. Jim Sinon stops by Metal Riot today to discuss the band’s history, latest bludgeon-fest Death’s Cold Grip and more BELOW.
1. How long has Sickbay been a band. You are definitely one of the heaviest acts in the Hudson Valley and very hard working, with a lot of material released and people more aware of the band in the last few years.
We originally formed in 2000 and were active as a 4 piece through 2004. Then took an extended break untill 2016. Tommy and I got together to start back up and started writing. Joe joined in November of 2017 things clicked and we’ve been going full bore since then.
2. I hear a little Obituary, Stigmata and other stuff in the sound but also your own blend of death and hardcore. I love the preposterously heavy vibe on “Light Bleeds Eternal” in particular on the new record. How was it makingDeaths Cold Grip versus older material? Do you feel more focused than ever?
Deaths Cold Grip was different in the sense that we didn’t feel pressured to get it done. The first recordings we where anxious to get music out and we recorded in and around playing shows so it was hectic. This one because we had a music we where happy with out plus the slower pace of doing it in a Pandemic was more chilled out and we had a better time actually doing it all. Plus the longer we are together the easier it is to just write instead of getting used to each other’s playing.
3. Did you guys go to a lot of shows at The Chance over the years or other local venues growing up? It is a shame so many places have been suffering during Covid, even though we have to be safe as fans right now, etc. It is crazy thinking about the Gwar shows or Hatebreed or other messy shows with giant pile ons of people now. Also, did you know somehow your band name would be so appropriate for 2020’s events?
Yes, we grew up going to the Chance and other local venues. Both to see bands and to play shows in other bands we’ve been in through the years. Haha. We also have a song called “Pandemic “from our last album. Maybe we should start playing the lottery.
4. What are you guys most looking forward to about the new year? I know you said you were already writing a bunch of new shit?! That is cool. I am pretty relentless about songwriting like that as well. I mean why stop the wheel if it is turning creatively?
We are most looking forward to playing out again. We miss playing live and seeing our friends and all the crazy fuckers that come to shows. And we are looking forward to finish writing the new album and recording this year also We are always on a quest to get heavier. Plus we get bored and don’t want to get complacent so we just keep moving.
5. You have a good thing going with Beacon Soundworks and the records have a consistency. Do you think you will record there again in the future and what do you like about the place?
Yes, we plan to record again at Beacon Soundworks. Mike Usifer is the owner and engineer. We have become good friends from working together the past few years. He is in tune with what we are doing and knows our style. He has a wealth of knowledge and experience in heavy music. So it’s a good fit and we have a good time recording.
6. What is a band you would love to share the stage with once shows are happening again? Also, how have you managed to stay inspired during this discouraging downtime for bands used to playing live a lot?
We stay inspired by loving what we are doing. Writing practicing playing out. We always have a good time.
The list would be long, haha. But we are looking forward to doing shows with our friends. Notably Malignancy, All out War, Dissolve, Sledgewolf, Hell’s Teeth. Doing shows with people you like both musically and personally makes shows a really good time.
7. What do you think makes Upstate, NY special when it comes to heavy music?
I think the Hudson Valley is a unique area because of the proximity to the city. With notable venues here it has always been a diverse and abundant amount of shows. Lots of bands come through the area from Rock and Punk to Thrash and Death Metal so I think that has influenced this area with a unique sound of heavy that is from a blend of a lot of genres. I wanted to thank you for the platform to help get the word about our band and music out. We appreciate the support and we appreciate the support you give to the scene and the local musicians. Stay brutal everyone. 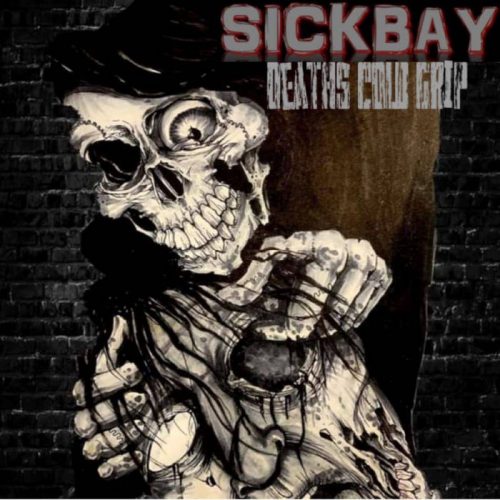