Interview: Spotlights – Love, decay, beauty and power from one of NY’s best acts. 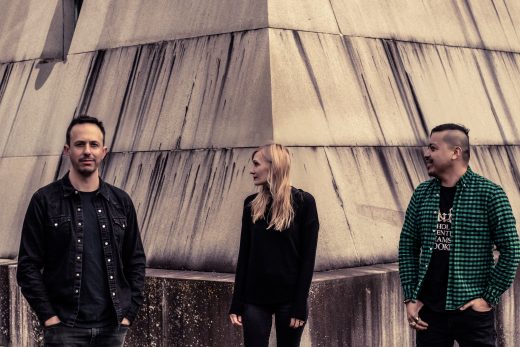 Mario Quintero of NY’s Spotlights is our latest proud addition to Metal Riot’s interviews. The alternative rock influenced band have been making waves for several releases now, but their newest Ipecac opus Love & Decay is next level phenomenal. This is a big scopealbum with numerous standout tracks (the chill slow burn build of closer “The Beauty Of Forgetting” comes to mind right away), but which can easily consume your full attention all the way through. It sparks a deep dive into your imagination and often feels like it could soundtrack a space exploration video of massive bodies floating in the void. Certainly on the short list of best musical releases of 2019 for me thus far, I know I am going to spend a lot of time with this pensive, personal and powerfully moving album probably for many years. It has that special energy in the performances, vibes, melody and songwriting that makes you circle back to it…and did I mention big ass juicy riffs as well?! 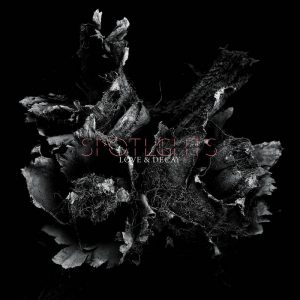 I am loving this record so much. It maybe feels almost as close to a studio record could to watching a band lay it down live to my ears. Like the classic Slint records or something, you almost feel like you are in the room or are holding your breath at certain parts waiting for the next part to drop. What were your goals going into this record?

Thank you! That’s a huge compliment. I guess there’s always an underlying want to “top” what you’ve done in the past, but I’d say the only goal, as usual, was to make something that we would be proud of and make songs that we would want to hear ourselves. I do however think that we achieved exactly what we wanted with this record sonically.

“The Particle Noise” is so huge and textural. Maybe my favorite song. It like…climbs out of itself. It kind of feels like watching a rocket take off in slow motion. Are you ever impressed with how much sound just a few people can create? It was fun watching your videos of Chris laying down drums and drinking hahaha. How did having Chris be really involved make a difference? The other stuff was great but this record is like super cohesive.

I agree about having Chris. Having him on the album played a huge part of the cohesiveness and the power. He’s an incredible player and it made a big difference, I think. I like your description of “The Particle Noise”. Haha. I can’t lie, sometimes it’s pretty exciting to get on stage and hear the power of the amps and sound that’s being created. It’s one of my favorite things in life. Most of that credit goes to Sarah and her monster bass tone. She has a way of playing that few other’s are able to achieve. It’s not just the gear either. She know just how to hit the strings to get the thunder out of them.

I can’t recall how prior stuff was done, but what made you want to track some of this one at home? Whatever you did worked wonders.

We actually went back to how we recorded TIDALS this time. For Seismic we flew to LA and recorded with our bud Aaron Harris (ISIS, Palms). It was one of the funnest recording sessions I’ve ever been a part of but we were under the time constraints of studio time etc. I think it makes a huge difference to have the ability to listen to what you’ve done and be able to adjust if needed. I’m super proud of Seismic but Love & Decay is exactly what I’ve wanted from our sound. We actually did the drums and guitar in our practice space and bass and vocals at home.

Your band made me so stoked when I heard them. I had heard the earlier stuff then my friend Nate Kelley who drums for pop sludge duo Laterals got hyped on y’all and reminded me you had a new record due. I have always loved stuff like Hum, Life & Times or Mogwai and Autolux where there is emotional songwriting very aware that melody can be your friend as much as other tools. Your band has some of the catchiest riffs and parts but it never tips the apple cart. How do you decide where to draw the line between “we are cool and detached musicians with no feelings” like the Velvet Underground would do, hahaha or “listen to this sweet gorgeous melodic riff and cry yourself into religion”? You guys should do a gig with that band Nothing.

Hahaha.. I think we need a T-shirt that says Spotlights “Cry yourself into religion”. I don’t really know. I think that line might be guided by how we’ve grown up and the music that has influenced us. A great example of that is the band MEW. They know just how to be pop enough while maintaining real and honest music and emotion behind it all. Not to mention some crazy mathy rhythms and intricate playing. We all like different types of music and we all have our own threshold for cheese/artsy fartsy so I think that is what dictates where we land. Sarah is usually the one calling me out and I’m usually the one calling Chris out.

Totally. I love MEW and am a big fan of them. Blessed to interview them before. How are things going over at Ipecac? I always have loved that label so much and am thrilled they just had a big anniversary and are still kicking butt.

They are the best. That’s it. We can’t think of a better home for our records. We too have been huge fans of the label and are proud and honored to be a part of the family.

How does it feel in a time when a lot of bands are sort of listless or struggling or art is either more or less of a commodity than ever to be in a band that manages to connect to people from a real organic place of heart and live reputation?

It feels great to know that anyone can connect to our music in a real way. It’s the greatest reward of doing this. To hear stories of our songs having an impact on someones life or helping them through a tough time is the entire reason for this other than we really enjoy playing loud music. Seeing our lyrics tattooed on a fans arm made me lose it. I’ve loved music like that and I’m incredibly humbled to know that anyone could care that much about what we do.

What are you looking forward to most about the rest of the year?

Why the almost Shakespearean album title? I like it, just wondering. Did you feel like you had to make a bold statement so people can find something to hold on to? I mean, it is an emotional record that could make almost anyone feel something, I’d like to think.

Haha.. I didn’t think of it that way. It’s more of a reflection on the theme of the album. We went through different titles until that one seems to reflect the over all album and art. The photos that we used by Tomoya Matsuura influenced that choice too. 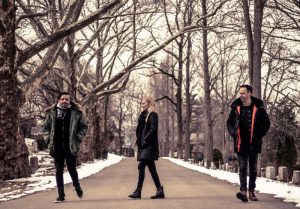