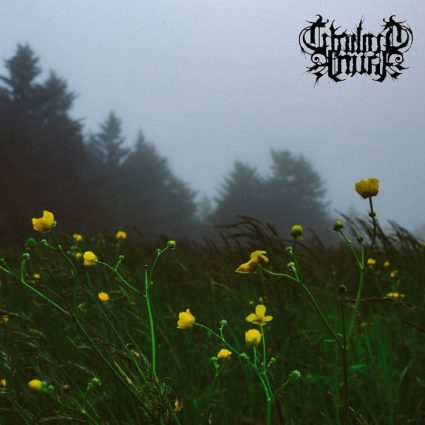 Hi readers. Since 2018 started Jessica and I have been doing monthly recap lists of whatever four records got our attention the most. This could be a matter of personal taste or something about a work that struck a chord or matched a moment well, but it is less a critical rejection of other works not featured than an embrace of albums that proved themselves the most compelling to me during this July. So take it as one of those “staff recommends this cd” sections you used to see at Rhino Records only much cooler, duh. Very happy to say that everything on this list features performers playing their hearts out.

1. Twilight Fauna’s Where Birds Sing My Name takes the top spot for me this month. The latest from Paul Ravenwood and drummer Josh Thieler of mighty Slaves BC is a beautiful and soul baring effort, dynamic and stouthearted. From straight up banjo songs to arrow sharp black metal that feels like blood is flowing through it rather than pretension and cold-pose, this is a fitting companion to The Year the Stars Fell. The Green and yellow splatter vinyl is too dope to comprehend with my mortal mind. We are lucky to have this project in our metal midst to remind people that records handled with personal reverence can still move mountains and bring oxygen to fatigued forms. 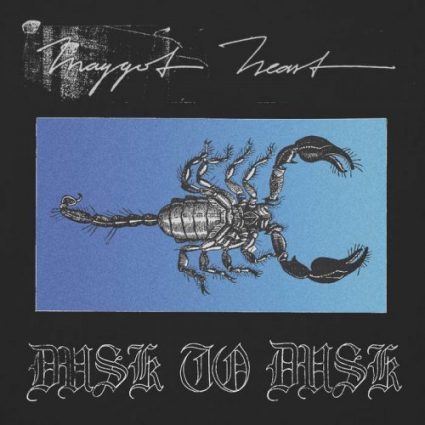 2. Berlin’s Maggot Heart are honestly so fucking cool I can’t take it. The new record Dusk To Dusk was almost my number one pick of the month but my heart succumbed to my East Coast loyalty that Twilight Fauna instilled. But yeah, Linnéa Olsson is so talented and chill and her latest record with her post The Oath + Grave Pleasures outfit is perfect anarchic post punk with a low key metallic sting that should make most American rock bands feel fucking hella embarrassed in comparison for the weak crap they are putting out. The songwriting on this is unreal, especially the manic “Medication” and galloping “Blood Envy” coming to mind as just phenomenal tunes. Recorded in Stockholm in 2017, it cements the potent creative bond with drummer Uno Bruniusson (mainly of the much missed In Solitude fame). I can’t recommend enough surrendering to this record and letting the modern world’s stresses seem like they can be relieved and defeated by the spooky and catchy but semi-detached vocals, rolling and thundering but kind of punk drums and absolutely alive guitar and bass performances. I bought this faster than anything that came out all year. Please please please support them cuz I need them to stick around. 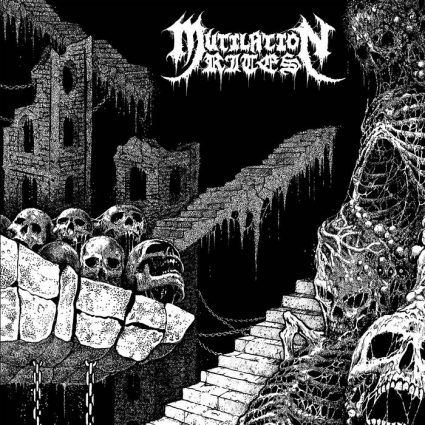 3. With all due respect to Ordinary Corrupt Human Love and some of the other moving or ambitious records out this month that did not make my July list, Mutilation Rites going more death metal was a no brainer for me. And I mean no brainer in a zombies ate all the brains but still want more cuz they are in a death metal frenzy type of no brainer. Chasm from Gilead Media and the NYC scuz rebels of Mutilation Rites continues the bands feedback and buzzsaw /slow burn attempt to become Hades’ official house band. “Pierced Larynx” gives me intense feels of glorious dread and death dirge. It has a more punk rooted crusty underbelly amidst the slower Exhumed and blackened talons in your throat vibes. The monumentally metal drums that pound through the intro to “Post Mortem Obsession” that set up the roaring chaos to follow had me in awe. 6 songs but all fairly lengthy and they all slap. Like Hooded Menace or Black Cobra, the band keep the core elements of what makes them work but tweak their approach slightly with each outing just enough to keep it fresh but familiar. It is intense but not to the point of being silly, just vital and brilliant. This was my fave DM album of the month, all very due respect to Coffin Birth . 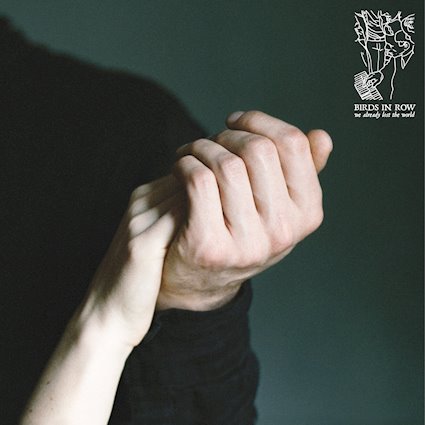 4. Birds In Row’s We Already Lost The World takes my fourth and final spot on the list for July. I feel like it is an important record people will remember in years to come. It has a post hardcore infused edgy and kinetic insistence that many albums fail to manufacture, cuz you can’t fake that shit. This French band, currently already supporting fucking Neurosis and Converge, have long term potential and most importantly great songs. “Love Is Political” is just a great song name and the song tears at scabs. “We vs. Us” reminds me of some of what I love most about Cave In and Modern Life Is War in one unexpected fell swoop. Personal War made a buzz but this is gonna take them to the next level. I don’t know how to sum up adequately the mixture of transcending pain the music and artwork stirs up, but this is well worth checking out and surrendering to the barely hopeful cacophony of.