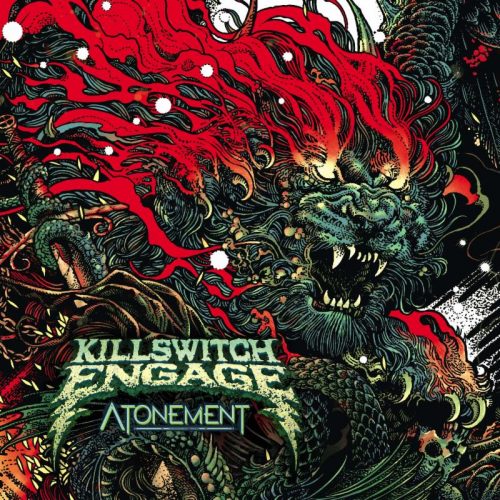 I am a big Killswitch Engage fan and will always have a place for them in my heart of moshing hearts. I have fond memories of seeing the band live with various line-ups from Ozzfest to touring with Disturbed to Jesse’s first show back at NEMHC (that was insane) and more. It is hard to say who is my favorite vocalist for the band as my two favorite records from the band Disarm the Descent and The End of Heartache each feature a different lead singer. I think Jesse has the edge for me lyrically but there is something about Howard’s big melodic voice I always really loved. No shade on Jesse’s singing though, which is also the force propelling many anthems.

Suffice to say, “The Signal Fire” track from the band’s new album bringing Howard and Jesse together for fans again was anticipated! I don’t feel let down. The video is great and shows a lot of love plus the songs high speed intro makes me think the band had a lot of fun touring with Anthrax. I have been jamming the promo for Atonement and am glad now the public can have as much fun with the record as I have. I coulda used a little more of that big melodic Howard voice on this someplace, but overall the song showcases both of them well -if understandably leaning more towards the current (and OG) singer Jesse.

I know y’all are gassed up at Slipknot being #1 right now but can we get KSE to #2?

“This video is a demonstration of solidarity and unity,” says Leach. “This is for the fans and this is our testimony to all who see this video. In these times we live in, I believe this is an important message – not just for us as a band and our fans but for all of humanity. This is a call for compassion and understanding! There is strength in unity.”

Leach continues, “The making of the video was a great experience as well. Just all of us guys hanging out and having fun together. Ian McFarland did a hell of a job capturing the vibe and energy of our performances.”

“It was another silly day at the office,” says Jones. “Good food, lots of wrestling talk, and hanging with the boys is a great way to spend the day and get a little work done. Shout out to Ian McFarland for making everything painless at the shoot. The day was all smiles – with a hint of metal.”