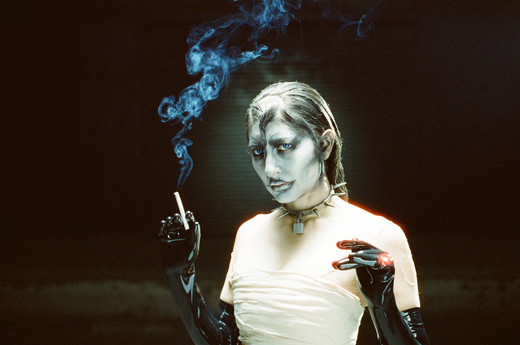 Kris Esfandiari seems able to swoop in randomly from another dimension and effortlessly remind the music world, regardless of genre, they are playing with fire if they get overly cocky. Esfandiari just operates on another level where even the concept of artistic growth feels like trite shorthand for the fucking massive elemental forces unleased everytime Kris sings. King Woman (the doomgaze outfit Esfandiari fronts) will return with Celestial Blues this July 30th and continue to demolish all takers, if the jaw dropping power of their first video from the album is any indicator.

The lead single “Morning Star” was apparently a one-take performance, only strengthening my whole theory about the band basically conjuring their sound from a vortex. Fucking VIBES, dude! This tune is intense, like a lullaby from Dormammu’s Dark Dimension. If this were “Sympathy for the Devil” no one would have to “please allow…” a Mephistopheles-esque hat tipping introduction because you’d already know what fucking time it is. And if you don’t know, now you know.

“Creating this album has brought me great peace and closure,” says Esfandiari of Celestial Blues. “Grateful to finally share it with all of you.”

Created In The Image Of Suffering was our album of the year when it came out, so to say we are stoked on this new development is an understatement.

King Woman has confirmed a series of performances in support of the new album. Tickets and VIP Fan Club passes are on-sale this Friday, June 4 at 10 am pacific. 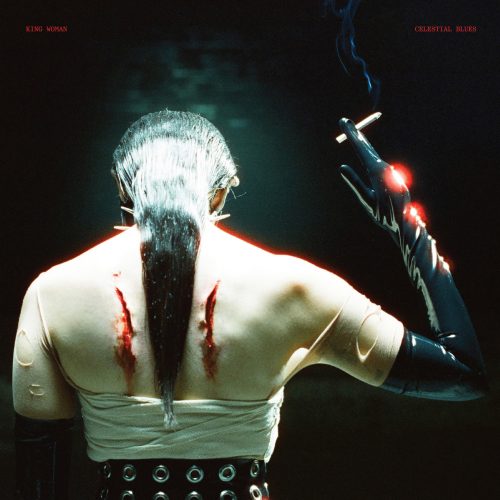