Late January Inspiration and Mutation: Say No To Disma plus BFOB and VOWWS with Chino News Items 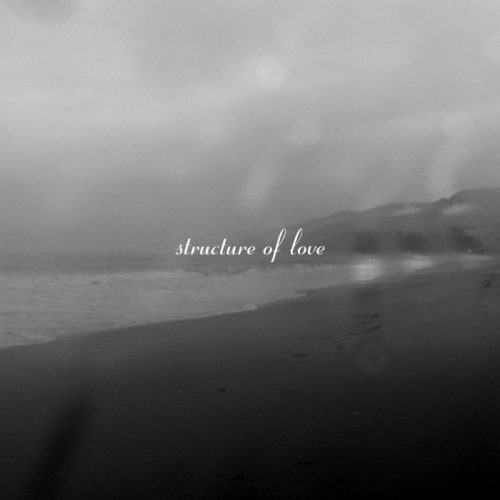 Hi friends. Hope you had a good weekend like I did. While it was somber as it is the 4 year anniversary of my dad dying of cancer (thanks to those who reached out to me and my sister Cambria), I also had a wonderful recording experience in the studio for my solo/collaborative project Walking Bombs on Sunday. My old friend Nate Kelley (of Laterals/first Coheed record/Shabutie/PPSP) came to Saugerties, NY to Bohemesphere Studio yesterday and laid down some sick drum grooves for my next album, one of 2 I am putting out this year – stay tuned. It is so nice when you haven’t collaborated with someone for a long time but you reconnect creatively and the spark is still right there.  Such an inspiring feeling. Here’s Nate laying some guitars down on a song I wrote about my self-acceptance of being Nonbinary. This whole record a lot of it is about me embracing that.

Speaking of inspiring collabs, industrial pop duo VOWWS (who I have also collaborated with before, incidentally) are one of my very favorite modern bands. Truly a constantly evolving, darkly lush and yet colorful group beyond the grays, blacks and white smoke and mirrors, VOWWS have now teamed up with none other than Chino from mighty Deftones and Danny Lohner, a.k.a Renhölder (Nin, Manson) for a reworking of their song “Structure of Love”. Check it out now right HERE and start your week off with a soothing but spooky explosion of feeling.

Speaking of feels, bummed couldn’t make it to Black Flags Over Brooklyn this weekend due to work and recording obligations but SUPER stoked for Kim Kelly and all the organizers and participating bands from Glacial Tomb to Vile Creature to Occultist who it looks like from social media made it an unforgettable weekend and a strong declaration that racism has NO home in heavy metal. Seriously, fuck off edgelords and bigots! The festival promise that video and photos are forthcoming and I am sure more outlets who were lucky to attend will have ample coverage but here is a little video montage below.

Exhausted. Happy. Grateful. We have so much to say about this weekend (and so many videos and photos coming) but for now… naptime. pic.twitter.com/MoSwD6448o

Lastly, we are no longer going to be featuring Profound Lore artists on this site (many of whom we seriously LOVE) unless the label drops Craig Pillard of Disma/Ex-Incantation. Our friends at Toiletovhell have the best run down of the bullshit HERE, but basically the dude who has alleged he gave up being a racist asshole appears to have gone and agreed to perform at some racist ass festival called Hot Shower fest or something in Italy with his scummy noise project Sturmführer. Yesterday was Holocaust Remembrance Day and despite the Big trouble In Little China avatar twitter account who called me a cuck and said “go fight Nazis in the 40s” pretending there aren’t major problems today in 2019, I’d like to extend a hearty fuck you to anyone promoting fascism in the music scene in 2019 or EVER. Update: the band has FIRED Pillard. Read more HERE.

@JoeThrashnkill got this. I’d be darn skeptical if Craig says “it’s a hoax booking.” What do you think? Is it fair if Disma kicks him out to keep them on roster if they really believed he had changed? Murky/ hard to know who is being genuine in band but glad info. Bad “joke”. pic.twitter.com/IPagwdVDaD

As seen above, Profound Lore told us via letter that they reached out to Disma and the rest of the band had no idea about it and were awaiting a response but we have to be skeptical and guarded. No fashionable boutique label softball treatment for fake repenting fash/fash adjacent performers. Other bands on the roster should complain, not waffle for the sake of record deals.

My girlfriend Globelamp was recently accused via Twitter by someone from the “indie band” (actually on a very big three label semi-monopoly Secretly Group) Foxygen of an ongoing plot to kill their singer Sam France – despite moving to the other side of the country from him and never wanting to see him again and five years since she left the band without any incident of being violent towards him. She maintains that he backhanded out her teeth and has a doctors note of violent impact and a 5k dental repair bill on her side, and now has a lawyer to fight him -whereas initially she did not 5 years ago and the band we believe did a bad faith RO attempt to prevent her from looking into finances as well as to discourage her from coming forward about her domestic violence claims. The band’s official account accused her of horrible shit including a “she tried to kill me and she’s not done” section, lovely…which she was never charged for remotely. The tweet was deleted but we have a screenshot obtained. But behind the scenes they are actually trying that shit in court asking for a lifelong RO (worse than Tim Lambesis who is back on fucking tour!!) and saying she can’t protest and tell people she claims she was abused as that is harassment against them! There is NO gag order on her and the prior granted and expiring RO was granted against her for an alleged trespassing that Lizzie says Sam’s mom lied about to help cover her son’s tracks. She maintains she saw a text from his father to never admit what he did and I must say since we have dated I have seen her harassed by a ton of anonymous troll accounts weirdly over informed on intimate details . You can read more HERE and HERE.

I have seen the anxiety and pain this has caused her and ptsd and it is real and I firmly believe in her innocence and did for years before we ever dated. Unfortunately a lot of people in the scene don’t want to rock the boat with her old employer of Secretly Group (Dead Oceans, Jajaguwar and Secretly Canadian) or tone police her demanding perfect victimhood (she was blocked by Kathleen Hanna, Best Coast and Kimya Dawson when asked for help). Fuck that Bikini Kill reunion tour and I am glad the bots got all the tickets. This person is really suffering and you all say to believe victims. WTF.

Anyway, to make a long story short my lifelong friend Simone Felice produced some Conor Oberst new stuff with Phoebe Bridgers. Our friend James Felice who performs with Conor is also ON Elizabeth’s recent Globelamp album Romantic Cancer (nefarious industries), but guess what?…Conor and Phoebe’s record got scooped up by Secretly Group. So even though we love Bright Eyes and his solo stuff and collabs and he is Lizzie’s perhaps favorite all time male performer and she has covered him zillions of times – as awkward as it is we have to say fuck supporting that record and any other artists on the label who think it is ok to not speak out about Foxygen being on the same labels and trying to ruin a girl’s life and get her blacklisted. Our door was slammed on on New Year’s Morning with a court summons and it was total bullshit. I can’t see my girlfriend for months now and through Valentine’s Day as she had to go back to California to court. If any of y’all seriously think I would allow a murder plot to be forming out of my apartment under my nose y’all are idiots.

So yeah, I think the music media is pathetic for not covering this and also it should go to show if I am not even going to support friend adjacent records in the name of doing the right thing and stopping labels from keeping unapologetic people who have no inkling of restorative justice on their rosters, I sure as FUCK am not gonna stand for casual fascism from metal labels. Profound Lore and Season of Mist for that matter with D666, Shining (Sweden) saying homophobic shit on tour and the drummer Hellhammer of Mayhem’s dead gay jokes and “black metal is for white people” bullshit (see Wikipedia) are long overdue for a housecleaning or much better explanation and apology to those harmed than edgelordism. I wish my friends on those labels would tell the label owners to fuck off from profiting from those bands until they majorly atone if at all and clean up the roster.