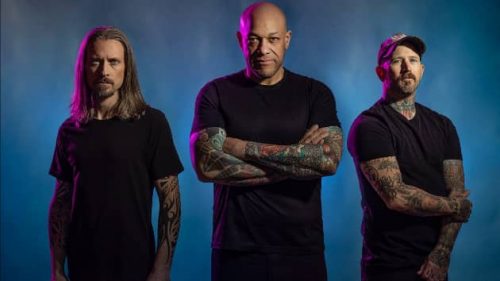 Los Angeles-based Light The Torch will release their new album and second full-length You Will Be the Death of Me on June 25th via Nuclear Blast Records. The band shared the video for the first track, “Wilting in the Light,” which was directed by Ramon Boutviseth.

“The album was a welcome distraction, and we dumped every emotion we had into YWBTDOM,” says the band’s vocalist Howard Jones. “Everything we went through individually and together with this album drew Fran, Ryan, and I together. I couldn’t be more proud of this album knowing I made it with my family.”

Upheld by head-spinning seven-string virtuosity yet anchored to skyscraping melodies, Light the Torch crafted 12 metallic anthems, including an unexpected cover of the ’80s hit “Sign Your Name” by R&B singer Terence Trent D’Arby.

You Will Be the Death of Me was recorded at Sparrow Sound in Glendale, CA where the band once again worked with the production team of Josh Gilbert and Joseph McQueen [Bullet for My Valentine, Suicide Silence].

Whitechapel‘s Alex Rudinger was brought on to fill out drums duties for the release.