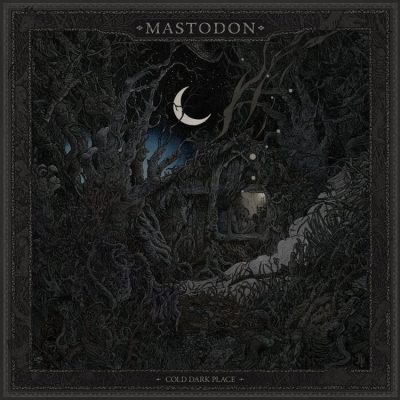 Mastodon may still be basking in the Emperor Of Sand acclaim, largely seen as their best work in a few records, but the band seem to be about to release ANOTHER album in a potential matter of weeks. A listing for the album has appeared on Amazon UK.

While little is known at this time, Brent Hinds said it was going to be a solo album as he wrote the songs following a breakup. Things must have changed for it to bear the Mastodon full band name stamp and it is pretty cool of the band to back him and make it an official group release, though I am very curious to see how much each member played on the actual thing. It isn’t like Mastodon is The Smashing Pumpkins where at the end of the day if he wanted to Billy Corgan could make a whole acoustic record and still market it as the Pumpkins and you couldn’t exactly say it wasn’t.

Of the release, Hinds said that it is “pretty dark, beautiful, spooky, funky, ethereal, melancholy music, which also sounds like the Bee Gees a little bit.”

I was just thinking of how cool that one off Game Of Thrones spooky and uncharacteristically extra mellow song “White Walker” was, so I am looking forward to this (though side note if you saw the latest Game Of Thrones leak you are prob fucking pissed at the Night King right now). Anyway, I wonder how cray they went with the harmonies to mention the Bee Gees in the context of a band who broke big on “Blood & Thunder.”