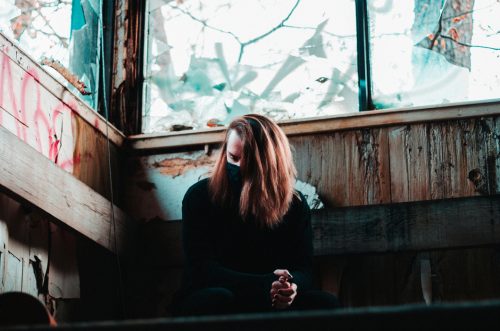 Greetings and happy Snyder Cut weekend. To say that the new, proper version of Justice League is better is a massive understatement. It is nice to actually see the POC in the movie have actual meaningful and important arcs. And so much better action! Bravo! The other version was way too focus grouped out of a soul and is one example (like Rise Of Skywalker) where a shorter run time and weird editing choices actually hurt the film. Snyder’s cut is literally 1,000x better and it has been awesome to see people fighting for more out of loving something rather than hating things for once. DC and Warner Bros. would be fools if they don’t make this the official canon version. Cue Wonder Woman hype theme!

But anyhow, we are here to talk metal. Lots of SHITTY stuff going on from Jon Schaffer being denied bond (that part is good, just shitty that he is a MAGA insurrectionist dipshit) to Stephen Carpenter sounding delusional enough that he could join Schaffer in Iced Earth at this rate. 9/11 happened and it is insulting af to New Yorkers to claim otherwise. I literally played CBGB’s the week it reopened and can remember the relief and catharsis of fearful New Yorkers glad to be out doing something positive after so much pain palpably.
WTF is going on where these musicians like these dudes or John Dolmayan (personally doing his best to make sure people rebrand his group System Of A Clown despite the rest of the band’s noble social justice efforts) have been all over the world and have so many opportunities to be educated but instead become conspiracy nuts, unforgivably compare BLM to the KKK or in Carpenter’s case likely smoke so much weed they literally can’t differentiate reality anymore? It is a god damn shame. I loved all those bands a lot at different points. Same for Ministry who have announced a new tour with Helmet and Front Line Assembly (more of my all time faves, sadly) but I am pretty sure Wikipedia still lists Sin Quirin in the band Ministry with no restorative justice reckoning so that is a hard pass. Some people didn’t forget about the grooming stuff just cuz everyone got distracted by Covid the last year. Everyone go watch the Woody Allen doc (God, Allen is utter gaslighting scum, IMO) if you don’t think media can’t help or harm when it comes to sweeping things aside.

Sometimes “cancel culture” (a right wing seeded talking point to focus shift) is actually about accountability, folks. I know you all want to feel super defensive because people don’t want you to tweet ableist shit or be morons or rape apologists anymore, but can everyone fuck right off?

On an even more somber note, Hearts go out today to the Underoath camp who are dealing with the tragic death of of old school guitarist Corey Steger. Our condolences and prayers go out to his surviving family and friends. He was very young and it is terribly sad. May his memory continue to shine for all those who loved him.

Man, that is a lot of depressing stuff. Let’s get to some music.

THE EMBER, THE ASH has today released “Becoming the Eidolon”, the third single to be taken from their upcoming album, Fixation. Accompanying the track, THE EMBER, THE ASH has also shared a lyric video – continuing the album’s highly stylized visual aesthetic. Born as a solo project from a musical polymath known only as 鬼, THE EMBER, THE ASH straddles the gulf between textured metalcore and symphonic black metal – not the most common combination of sub-genres. Love how confidently the track barrels in from the top. 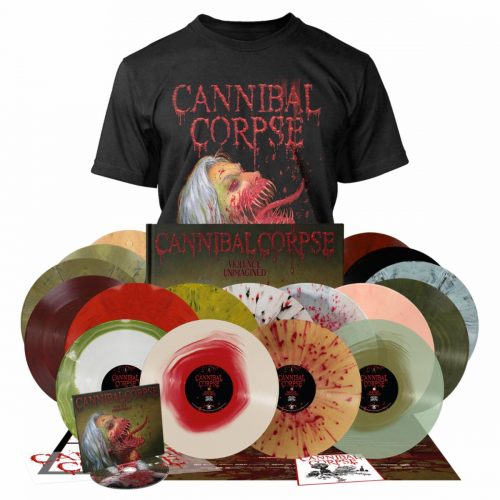 In death metal news…April 16th, Cannibal Corpse will release their fifteenth studio album, Violence Unimagined, via Metal Blade Records. Fans can read an exclusive interview with Cannibal Corpse about Violence Unimagined and more in the May 2021 issue of Decibel Magazine, which features the band on the cover. To purchase your copy online now, please visit: https://store.decibelmagazine.com/products/may-2021-199 – or pick up an issue at newsstands starting April 7th!

Super stoked to hear a large body of material with these guys featuring Erik Rutan!

“I think the most noticeable difference on this record will be the addition of Erik to the band. He wrote three full songs for the record, music and lyrics, and his song writing and guitar playing have added something new, and I think his musical style integrated into ours very well,” Alex Webster enthuses. This is not all that he brings to the band. “He’s a great friend of ours, so on a personal level, he’s been a perfect fit, as we knew he would be. Beyond that, he’s one of the hardest working people I know, in music or otherwise, and he maintains a high energy, positive demeanor in challenging situations where other people might go in a negative direction. This energy and great attitude rubs off on the rest of us as well. That’s really a perfect situation to have when you add someone to a band, or any kind of team: someone who’s great at what they do, and also inspires the people around them.”