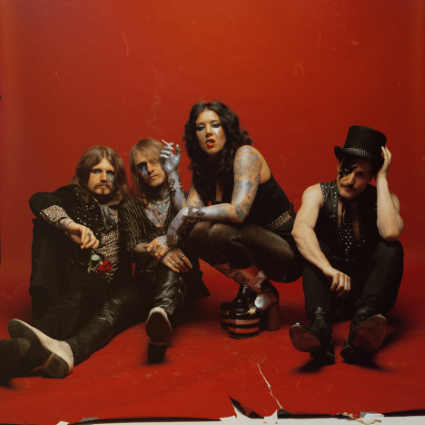 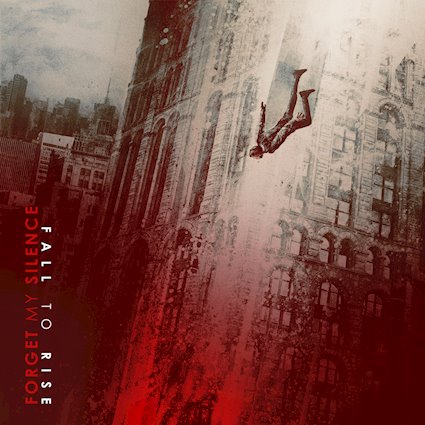 10. Forget My Silence from Russia create dissonant and snarling moshcore/alt metal that Caliban, Capture The Crown, The Word Alive or even Ringworm fans can all find something to dig about throughout a rollercoaster of a release Fall To Rise. Some of it is melodic and spacious but other songs are completely crushing. It’s called dynamics and a lot of bands could use more.

“This album is a half-way stop between our early ‘metal’ stuff and more nu-metal sound we’ve dug into recently,” says guitarist Elia Solonnikov. “Simple, but powerful riffs, some harsh vocals, more soulful lyrics than Roma has ever written. If you liked Forget My Silence before, you won’t be disappointed.”

Favorite song: “This Is Only The Beginning.” 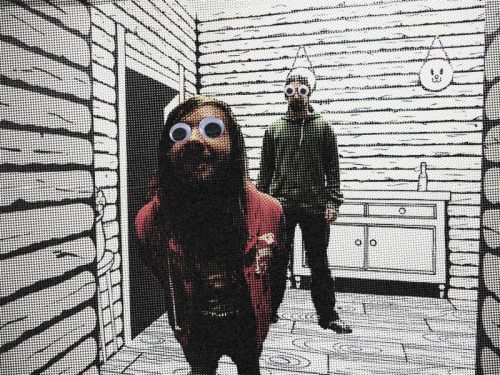 “Is there something in our eyes?”

9. Bionatops is a real band name (incidentally, so is Tyrannosorceress and they need to tour together like some Mechagodzilla vs. Witchy Godzilla sexual fantasy, only metal). Here is a weird reminder that Bionatops was one of the coolest He-Man creatures you could ride (maybe not as cool as Dragon Walker, but still rad af), set to ambient music. From their press release, to give you a feel:

BIONATOPS is the brainchild of Joseph Spiller (ex-System Divide, Caricature, The Binary Code, Too Late The Hero), the act serving as a way to keep himself free of having writer’s block, and to break the tension of writing serious music within his other acts. While the music is designed to be thematically lighthearted and fun, the songs are still crafted with serious musicianship that doesn’t rely on editing tricks. Spiller, who records all guitars, bass, vocals, and other instrumentation, is joined by Jeff Willet (ex-Black Crown Initiate) who adds the drums and percussion to the BIONATOPS attack.

Check out a wacky album teaser from Nefarious Industries below. It sounds like Zappa’s ghost decided to finally do drugs on set of a Rob Zombie movie, only prog. Nefarious Industries (Laces Out, Maid Myriad, Dying Whale, etc.) will release their record Voices through all digital providers as well as a limited run CD on September 22nd. 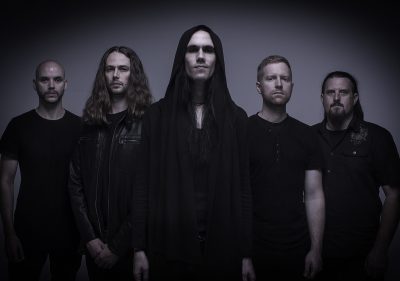 8. Ne Obliviscaris‘ Urn may be their best and most complex record yet if new single “Intra Venus” is an indicator. The strongest aspects are still there, beautiful strings/epic arrangements and skilled musicianship and the vocals have gotten stronger. This group has surpassed a lot of other Australian bands to be perhaps the most currently acknowledged leader for extreme Australian music as far as acclaim goes at the moment. Urn seems like it is more than ready to blow minds. Pick up a copy HERE. Not a lot of bands can make prog, death and black metal elements blend into a seamless experience but Ne Obliviscaris are nothing if not ambitious. 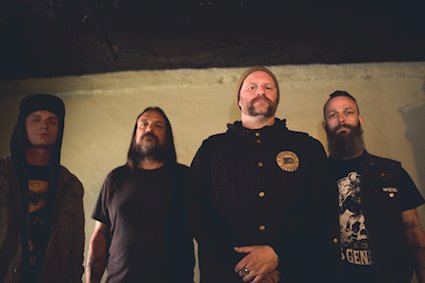 7. Post-hardcore nu groove force 36 Crazyfists are one of the more consistent band in alternative metal. I don’t think they have made a single poor record. New joint Lanterns is no exception. Even if you don’t like the style (which is dumb of you because they groove, rage and connect to a well of emotions like few bands), you have to give them mad credit for persistence. While the debut and their previous (especially mournful) record Time & Trauma are my favorites, the new stuff is focused to a Valyrian sharpness. I still equate them more with stuff like V.O.D. and Deftones than, say, more overtly Nu Metal stuff. They are just too heavy and venomous at times, striking a perfect balance between bittersweet melody and tortured screams. I’ll take 36 Crazyfists over some goofy shit like 5FDP any day, let’s put it that way.

Favorite Song: “Wars To Walk Away From” 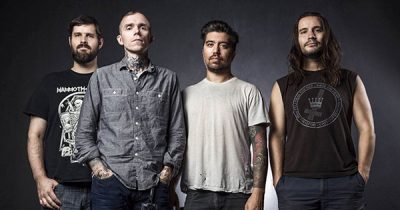 6. Converge need no introduction. Countless bands have tried to bite their style but don’t compare to the actual group. Miles and miles of touring under their belts has awarded the East Coast modern legends legions of fans once thought impossible for such an extreme and yet experimental metalcore band (a term which seems to hardly fit them since so many shite metalcore bands have turned that genre to mall mush mosh). Converge remain a rallying point for a lot of kids, always take out other cool bands on tour and keep trying to grow with every record. New single “Under Duress” is a thumping semi-You Fail Me reminiscent clobbering session that nonetheless feels really spot on for 2017 (and the “chorus” kinda reminds me of Doomriders, so that rules).

Epitaph will release The Dusk In Us in early November. 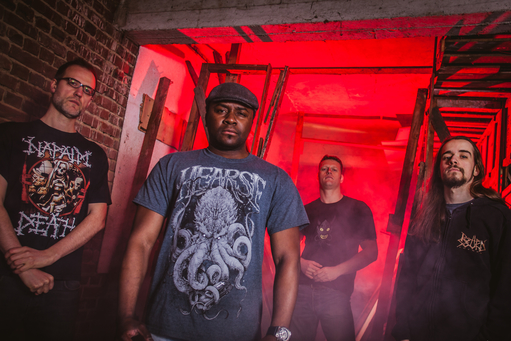 5.  2017 is a great time to welcome back Belgian death grind act LENG TCH’E. One of the best grind bands under the sun, the group return with Razorgrind in late August. If you want angry music with depth to it, you can’t go wrong with this band. 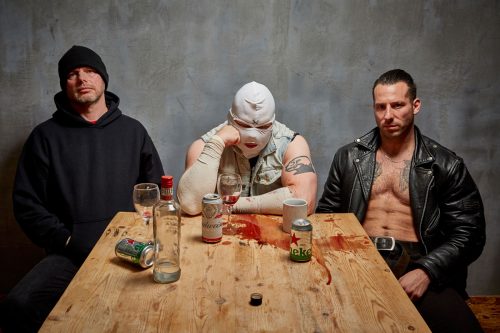 4. Iron Monkey were presumed to have gone the way of the dodo, but the group are back and first single in about two decades “OmegaMangler” crushes. Fans will always miss JP but be thankful the guys are inspired and keeping the songs alive. It isn’t like some bands who lose a well regarded vocalist and replace them within weeks like nothing happened. Iron Monkey deserve some credit from the bands that came after them and broke bigger, so let them stake their claim anew or at the least powerslam some new jacks. This is by FAR the most anticipated October release for a lot of the metal community!

9-13 is set for release on October 20th on CD/LP/Digital via Relapse Records. Physical packages and digital orders are available via Relapse.com HERE and all retail outlets HERE. Love to see them hit the states with 16 or Midnight Ghost Train or Eyehategod or something. Hails! 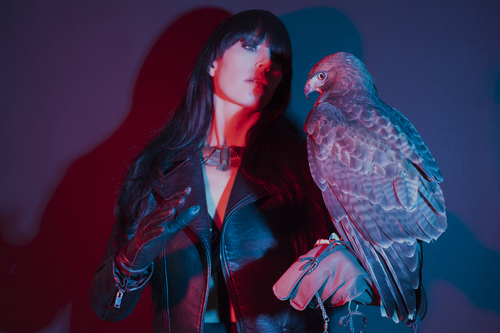 3. Black Mare‘s Death Magic Mother arrives the same year as Sera Timms’ other band Ides Of Gemini’s perhaps highest bar set yet, the incredible Women.  Black Mare is more ethereal and less heavy than Ides’ gothic tinged blend of heavy/rock genres, but no less imposing. Mixed by Andrew Clinco of Drab Majesty and mastered by Dan Randall at Mammoth Sound Mastering, Death Magic Mother is spooky, sensual and crucial listening in a time when we really need to reconnect to the cthonic powers of the sacred feminine.

Death Magick Mother will see release digitally via Magic Bullet on September 15th with LPs to follow.  Preorders are currently available at THIS LOCATION. 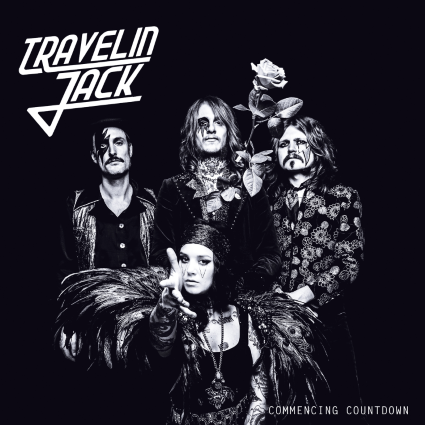 2. Berlin’s own Travelin Jack‘s Steamhammer/SPV early September release Commencing Countdown should do for 2017 what Tower and Mother Feather did the last few years for retro tinged hard rock with soaring female vocals, a sense of fun adventure and no bullshit when it comes time to dig in and lay down some scorching tracks. You can get lost in this record for hours playing it over on loop. I wish they would tour with Ruby The Hatchet and make my fuckin’ life. If you like good Kiss, Slade, Thin Lizzy, Girl School etc. you need to fucking worship this. 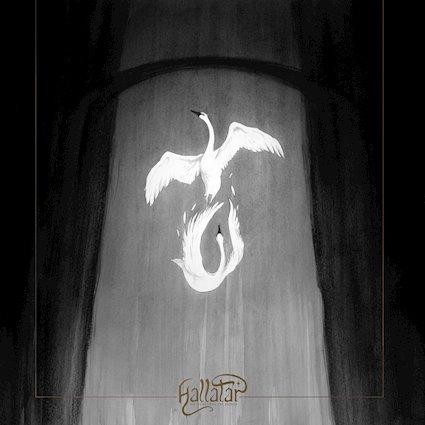 1. Hallatar‘s No Stars Upon The Bridge takes the number one spot. Featuring Amorphis, Swallow The Sun and ex-Him members, this is some of the most mournful doom I have ever heard. When the world is swimming in rage and grief, sometimes soundtracking it is the only thing that gets you through. In fact, one could see Hallatar as an extension of Trees of Eternity, whose massively acclaimed debut for Svart, Hour of the Nightingale, served as the tragic swansong of vocalist Aleah Starbridge.

Juha Raivio explains the genesis of Hallatar: “After the death of my beloved and my life partner Aleah Starbridge on April 18th a year ago, I have been gathering writings, lyrics, and the poems of Aleah to keep them safe and close to my heart. About one month after the world came down on the blackest day of my life, I knew I needed to pick up the guitar and try to create something or I would be truly destroyed. And something did arrive out of the darkness, and I wrote the music for the Hallatar album in a week’s time. I don’t have much memory of this week, not a memory of a single day of writing the music. But all I remember when going into this abyss of the writing process was a promise to myself that whatever music would come out, I would not touch or change anything of it afterwards. What mattered was that the music would stay forever as an absolute truth of those moments as they came out. I asked my good friends – and amazing musicians – Tomi Joutsen and Gas Lipstick if they would want to record this music with me, and both of them said yes without even hearing a note of it. I am forever grateful to both of them for sharing this road with me; even the weight of the process has not been easy to carry, or will be.”

Favorite track: “Melt”, but you can see a great video for “Mirrors” below.