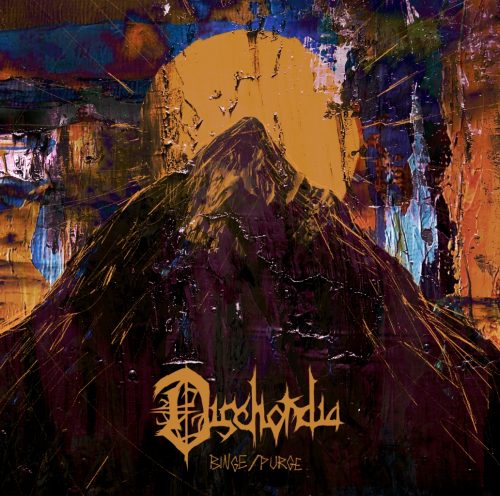 Happy 4th, people. Cranking out this news item and spending mine doing bong rips, watching Season 2 of GLOW and plan on listening to some John Trudell later in honor of the Native Americans who got fucked over royally in our quest for a “land of opportunity.” Remember when you shoot off shitty fireworks and drink horse piss beer this week that America is soaked in genocide and thus anyone who has a shred of dignity as an American or who wants to actually forge a more perfect union needs to help to stamp out racism wherever they see it, especially when it is in America’s name. Also, fireworks scare the shit out of cool dogs and hurt their ears so don’t be a moron all weekend.

Here are some metallic updates to make ya salivate faster than a …SMIRNOFF® Watermelon?

Oklahoma City’s Dischordia have released some video content over at ItDjents HERE. The Progressive death metallers are impressive and talented drummer Josh Fallin has recorded a playthrough for their latest entire Binge/Purge EP, split into two videos!

New York noise act Gridfailure traversed the interstate to come by Saugerties, NY’s Bohemesphere Studio yesterday and finish a collaborative album with my grunge/folk/post punk project Walking Bombs. We have some great forthcoming news about the record, entitled Suicide By Citizenship, to share with you all in the near future. Call it a reflection on keeping your sanity in a capitalist dystopian society that wants to eat you alive.

Check out the following IG post below to see some photos and a studio clip we shot yesterday with engineer and contributor Jay Andersen (Surmiser) and Mike Score of metalcore legends All Out War, one of many awesome as hell collaborators on the forthcoming album. Stay tuned for details.

The Gridfailure and Walking Bombs collaborative album Suicide By Citizenship is complete. Among the other incredible guest collaborators, Mr. Mike Score of All Out War came out to the final session today and crushed some vox on a track. Full details soon. @alloutwar_official @operation_audio @morganyevans @earsplitcompound @gridfailure #gridfailure #walkingbombs #suicidebycitizenship #alloutwar

Meant to post more on this awhile ago but the 4th of July seems appropriate. Anti-fascist hardcore band Raicetraitor are making a comeback, thankfully. The band have a new Bandcamp Page. Additionally, one of my childhood best friends Simon Ampel is an animator and worked with the group on a brutal takedown of the prison for profit system we live under that is unfair to African Americans in gross disproportion, a mockery of “justice”. The song “Damage” premiered a month back on Cvlt Nation and can be seen below.