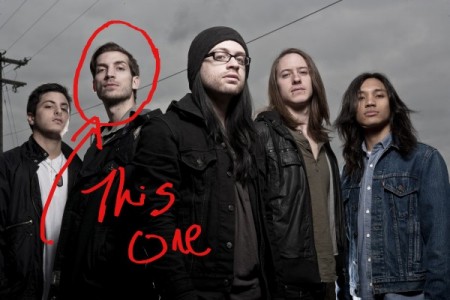 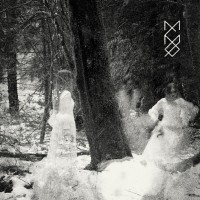 With the upcoming release of your self-titled junior album, has it become easier working in the studio since your first album?

We didn’t care about people liking it as much. We’re so far along in our so called career, that we could take it in any direction we like that is energetic and fun for us. If people don’t like it, so be it. It’s available and they can listen to whatever they do like. That’s our mindset with this record. We’re not trying to get every single person that listen to metal to like us. We’re just playing music we like.

The two things you guys are known for is massive, relentless tours and line-up shuffles and changes. How are things working out currently and what kind of growing pains, if any, have you encountered?

Matthew and I have been in since the beginning and I think we feel like burnt out old guys, but Hunter, our new guitar player, has changed our outlook. He’s never really toured before and comes from such a completely different music background. He plays a lot more straight punk/hardcore. Having his musical direction on tour with us is great, he looks at things differently. He doesn’t have a “been there, done that” attitude, and that’s refreshing for us. It is still fun to go out a play live shows. Who cares if its five kids or five hundred? He reminds us of who we used to be back in the day. It’s mostly that. We’ve been through most places in America, so when we go to a different country, it’s a flashback for us. No one knows who we are or we’re playing shows where we have to win them over right there. It was cool playing on the ground in Australia and all, but these kids just have no idea who we are. When we play for them, we can see them start to like it and start nodding their heads, and that, is the best feeling. Winning people over after being in a band for eight years. It’s great to experience that again.

I read a previous interview with you from April 2011, and when you were referring to writing your next album [upcoming Mychildren Mybride, Solid State] you responded with: “We’re taking two steps backwards to go four steps forward.” How did that work out?

I remember that! That was before we did this record. W definitely got it in our heads that we weren’t going to put out our first record again. It just wasn’t going to happen. We did do some throwback things to refer to our old records though and not necessarily sound-wise. We’re still heavy, we’re still MCMB, that still fits us, but we did some things on a song called No One Listens, No One Cares where we refer to Unbreakable. We also know that we are not the band that we were in 2008. We are going to sound different.

Where you guys able to have some fun while recording?

We were there during Halloween, so we were going to do a Halloween show, but we got snowed and killed a bunch of power all around the city so we had some time off. The whole area was knocked out, so we just walked around this ghost town in the snow and carved pumpkins. Our recording process was put on hold though due to the outage. We did 14 hour days and we re-wrote a lot of our songs, like our producer asked. 100% grind as soon as we hit the studio.

We’ve been with ESP for awhile now and it all comes down to if they like your band. If they think your sound is cool, they’ll start hooking you up with guitars and give you a deal. i hit them up before we got signed and they kind of blew me off because no one knew who we were, we were unsigned. Once we got signed and started getting better, I contacted them again and they were more stoked about working with us. Then we just developed an awesome relationship. They give us tons of guitars for shows or to smash in music videos and other cool stuff. Basically, start from scratch. Respect the company. They are so good to us.

Have you had them make a custom for you?

I actually met with them this week. I want a guitar with a longer scale on the neck. It just takes awhile for the guitar to be finished. I don’t want to wait eight month for some frankenstein.They gave me all sorts of different ones for the record and tour, but I wish I would have done this after the last album to have it for this one. 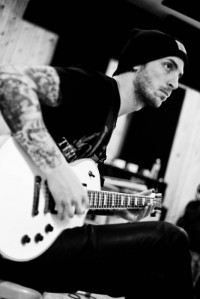 What do you practice on when you’re by yourself?

Right now, I live in California and we rehearse in Alabama, where all our gear is. We also have a Line 6 deal, so everything here is digital. I have our songs re-recorded to play along to, so when I get to rehearsals, I’m on top of everything, I’m not the guy missing a beat. I also get on my rig and make sure its clean and working properly. As far as before a show, I do some finger exercises, especially if its cold.

Do you play any other instruments? 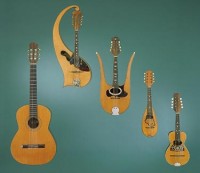 Where does that come from?

I love the fingerpicking. There are some bands that have really combined the classical roots and flamenco sounds into metal. They both sound so soothing. I think an instrumental track with a bunch of noises is cool, but with these, you can play the high low, lead, rhythm without any vocals and it sounds like a real song. Distorting it won’t sound nearly as good.

What do ou want to say to your fans right now?

Give the new record a chance. We took so much time on it and it’s one of the most thought out records we’ve done. It is exactly what we wanted to create and has everything we could put into an album. Again, it’s not going to be Unbreakable. We hope to see everyone on tour to hear these new songs. They were all made to be played live. If you don’t like the new album, wait till you hear it live, that is how we wrote them.