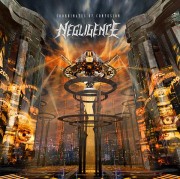 Comments the band: “Finally the album is out! We just love every part of it – the sound, the music, the design. We put a lot of hard work, sweat and BEER into it! Here is a chance for you to listen to the entire album on our MySpace page and if you like it get your copy today!”

To visit the band’s Myspace page and listen to the album click here.