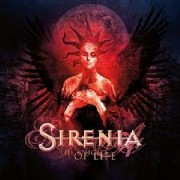 Commented mainman Morten Veland: “The release date for “The Enigma Of Life” is closing in now. To shorten the waiting period we have decided to release one more track from the album. This is the track “Fallen Angel”, we hope you will enjoy it while you wait for the album. Cheers!”

“The Enigma Of Life” will be released on January 21, 2011 on Nuclear Blast Records