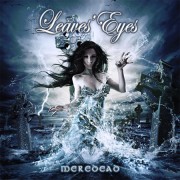 German gothic metal band Leaves’ Eyes have premiered the video for their cover of Mike Oldfield’s “To France.” The track will be on the band’s upcoming album “Meredead” with an April 22nd release date through Napalm Records. Click here to watch it.

The band’s album release will also kick off Leaves’ Eyes upcoming European tour, starting on the 22nd of April in Holland.