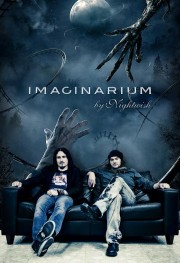 In the midst of recording a new album, Finnish symphonic metal dream weavers Nightwish have been preparing a movie. “Imaginarium” is a music fantasy – film based on the forthcoming Nightwish album of the same title and its 13 songs. The protagonist of the film is a songwriter with an otherworldly imagination. He is an old man who still thinks he’s a young boy. While asleep he travels into his distant past where his dreams of old come back to him mixed to the young boy`s world of fantasy and music. In his dreams the old man fights to find the memories most important to him.

This never-done-before project originates to more than two years in the past when vocalist/keyboardist Tuomas Holopainen first introduced his ambitious idea of the “Imaginarium” concept to the fellow band members and to Mr. Stobe Harju, the director behind “The Islander” – music video. He will be the director of this full-length feature. The film will be produced by Solar Films Inc. together with Nightwish. The shootings for “Imaginarium” will begin this spring, it will have its premiere in 2012 and the album it’s based on will be released in an undefined point in time. Nightwish will hold a press conference related to this project at the end of February.

The “Imaginarium” album is due out this year, but its release has been repeatedly pushed back. It will be available from Roadrunner.