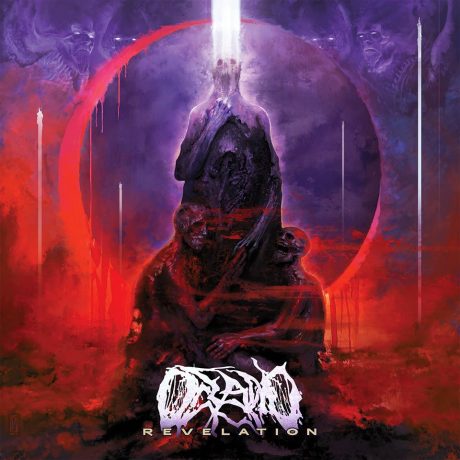 Oceano have released a new room destroyer of a song entitled “The Great Tribulation”, one of their most intense tracks to date. Old school death metal fans will perhaps appreciate the faster drumming parts on this song interspersed with the atmosphere enhanced techy deathcore parts. I for one could do without the colder background sounds as a lot of bands are doing that lately along with the glitchy rhythmic breaking apart thing employed a few times, but the straight death parts wail. Anyone who appreciates, say, Chris Barnes style death gurgles should like Adam Warren’s style on this, a fairly old school approach to a mostly new school sound. I’d honestly like to hear him front some straight up early 90’s sounding Cannibal throwback type stuff himself sometime.

Anyhow, this new song is from latest album Revelation. It is crazy to think that they are on album five already. Feels like Depths just came out! Time flies.

We are proud to present you with the first single off our new album, ‘Revelation’, available May 19th via Sumerian Records.

Physical pre-orders including vinyl and many more special items are available here – http://smarturl.it/Revelation-Bundles