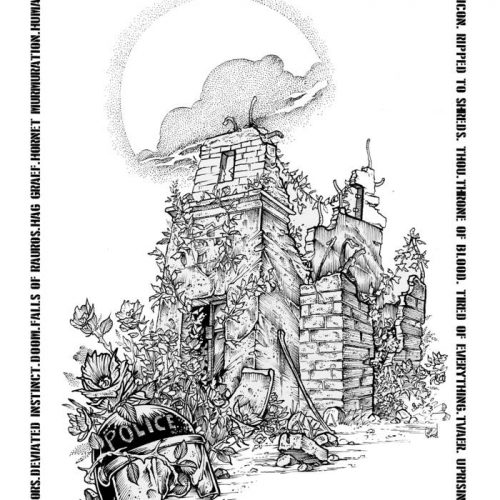 An important new pro equality comp has been released today for metal fans. 31 tracks from Falls of Rauros, Woe, Panopticon, Outlaw Order, Cloud Rat, Krieg, Uprising, Throne Of Blood, Hag Graef, Nechochwen and many more. OVERGROW TO OVERTHROW is extensive and awesome. Plenty of music here to zone out to and feel like the world and metal want to be a better place. Very cool.

Love the Evil Queen Bavmorda pigs sample in the Thou song. Doom’s track is probably my favorite.

Between this and the ferocious new Of Wolves album , metal heads have a good start to an anti-4th partying soundtrack.

Voices from across the Metal and Punk spectrum have united to not only speak out against racism and in support of those who are in the streets actively demonstrating, but work to actively support a fight that all of us must take on.

Digital only. All proceeds to support:
• Black Lives Matter – Over-arching movement to combat racism and fight for social justice in the US and Canada.
• Life After Hate – A nonprofit in the US that seeks to combat racism by providing resources to help people leave racist movements, as well as help de-radicalize violent Far Right extremists.

PS While you are here, please also read this Jacobin article I found today about how we need to SHUT DOWN the School Of The Americas/WHINSEC permanently.